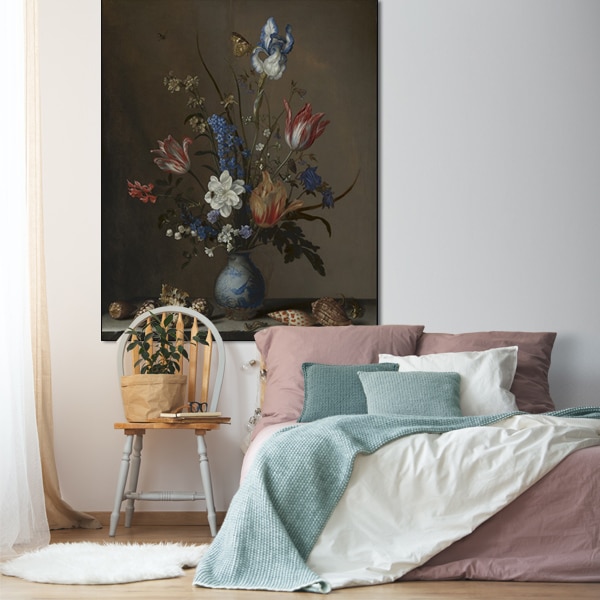 Balthasar van der Ast was born in Middelburg in 1593, the son of a wealthy Middelburg wool merchant. After the premature death of his father in 1609, Balthasar went to live with his older sister Maria, brother-in-law Ambrosius Bosschaert (1593-1621) and their three sons. These three boys were raised by Balthasar and they later became his apprentices as painters. Balthasar himself was apprenticed to his brother-in-law Ambrosius Bosschaert.

In 1615 the whole family moved to Bergen op Zoom and then to Utrecht.

In Utrecht, Balthasar became a member of the Saint Luke's guild and befriended Roelandt Savery. In 1632 the family moved to Delft, where Balthasar married Margrieta Jans van Buijeren a year later. They live in the Cellebroerstraat until 1640 and get two daughters, Maria and Helena. Later they moved to Oude Delft where he stayed until his death.

Balthasar was apprenticed to his brother-in-law, Ambrosius Bosschaert the Elder, to produce still lifes of flowers and fruit. Later, Balthasar was influenced by his friend Roelandt Savery and his works became larger and more elaborate.
His three cousins, Ambrosius the Younger, Johannes and Abraham Bosschaert became his apprentices, as did Jan Davidsz de Heem.
Balthasar made his still lifes with a special use of colours and compositions.

A masterpiece by Balthasar van der Ast on your wall?

Do you want one of Balthasar van der Ast's masterpieces on your wall? Take a look at his paintings and choose your favourite in the desired size. 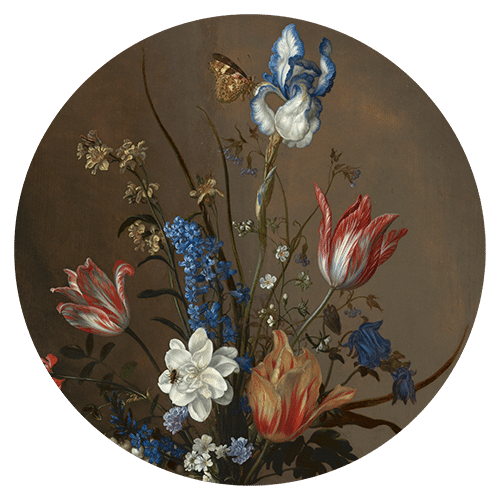 Flowers in a Wan-Li vase - Round
BALTHASAR VAN DER AST 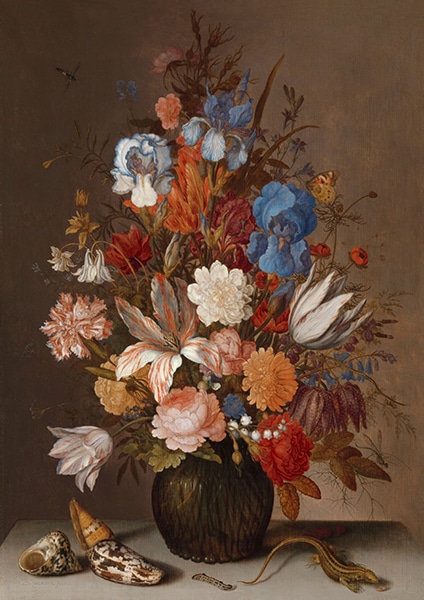