Read about the life and work of Carel Fabritius - Wall masters 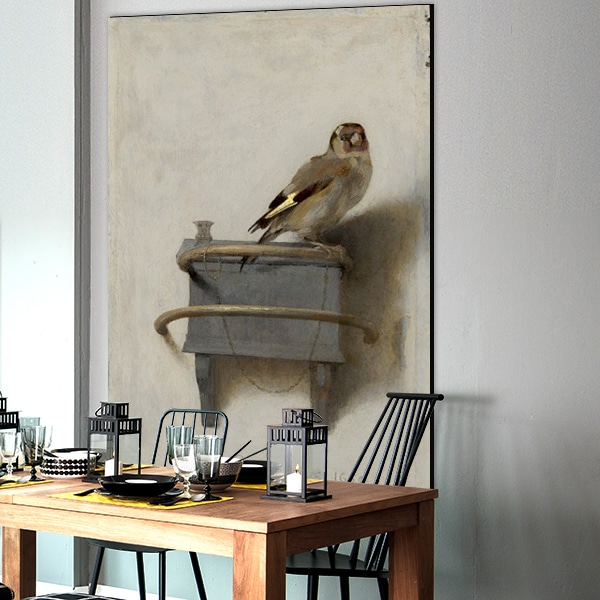 The life of Carel Fabritius

Carel was born on 27 February 1622 as the son of Pieter Carelsz Fabritius and Barbertje Barentsdr. van der Maes in the new polder Middenbeemster. His father was both sexton and schoolmaster. Carel was initially apprenticed as a carpenter (=fabritius), just like his younger brothers Barent and Johannes. But already three of them became painters. Carel; printmaker, painter and draughtsman. Barent; painter of biblical/historical scenes and expressive portraits. Johannes; mainly still lifes.

In 1641 Carel married Aeltge van Hassels, a girl next door, and they moved to the Runstraat in Amsterdam, where they had two children, both of whom died prematurely. When the third child was born, his wife died and Carel returned to Middenbeemster.

In 1650 Carel marries the widow Agatha van Pruyssen from Delft and settles there as well. From 1651 to 1653 they lived on the Oude Delft and later on the Doelenstraat.

Carel did not live there long, because during the portrait of the verger, on 12 October 1654, there was an explosion of the Delft powder house and Carel's house was hit as well. Carel, his mother-in-law and the verger were taken to the hospital, where Carel died of his injuries.

In this unfortunate year of 1654, Fabritius also painted The Putter. Recently, this well-known painting was restored, and small dents were found in the work. It is very likely that Het Puttertje was in his studio on the day of the explosion and it is suspected that the dents are caused by pieces of grit or herb from the explosion.

The work of Carel Fabritius

When Carel went to live and work in Delft, he developed his own style; more colour, brighter, airier and more fluent, and so broke away from the style of Rembrandt. In his turn, Carel inspired Johannes Vermeer and Pieter de Hooch, among others, through his perspective/composition and subtle rendering of light.

Carel was a court painter of the princes of Orange, but his work was not limited to portraits. He also painted scenes from everyday life and surroundings, as well as historical scenes.

Unfortunately, few works by Carel Fabritius have survived. The explosion of the powder house on 12 October 1654 caused Carel's house and studio to burn down. Not only did he himself die from his injuries, but many of his paintings were also lost.

A masterpiece by Carel Fabritius on your wall?

Do you want one of the masterpieces by Carel Fabritius on your wall? View his paintings and choose your favourite in the desired size. 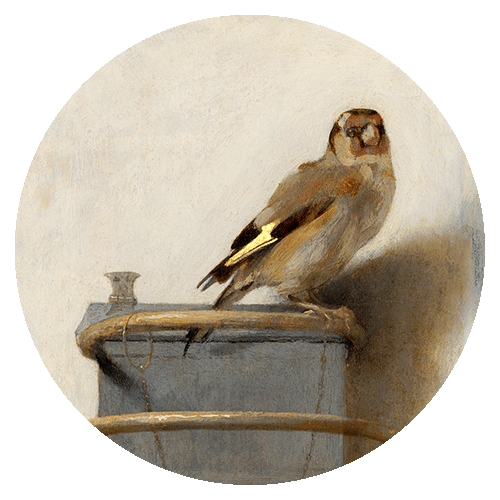 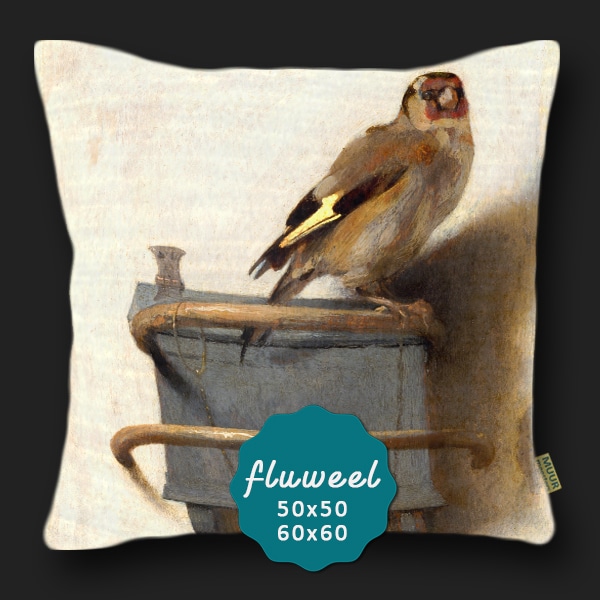 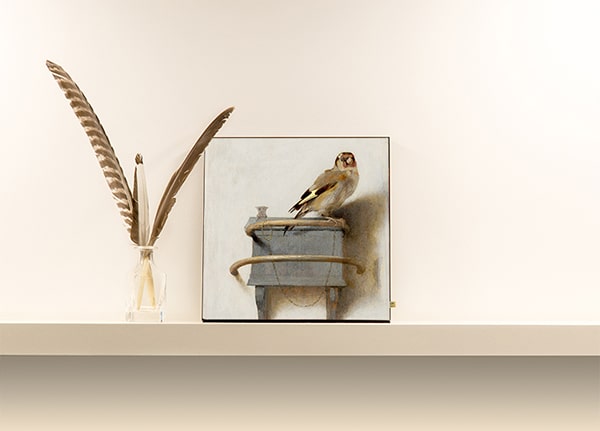