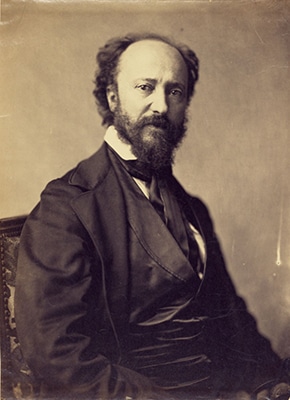 The life of Charles-François Daubigny

Charles was trained by his father Edmond Francois Daubigny and his uncle Pierre Daubigny. The latter made miniature paintings.

In 1843, Charles left for Barbizon, known for the Barbizon School, where he began to paint from the realities of nature, without excessive embellishment. The beginning of Impressionism.

From 1852, Charles Daubigny sailed along the banks of the Seine and Oise near Auvers in his boat called "Botin", which had been converted into a studio.

In the period 1866 - 1870, Charles stayed in England, London and the Netherlands. He travelled together with his son Karl Daubigny (Paris 1846 - Auvers 1886) and Claude Monet. Claude, like Paul Cezanne, learned much from Charles.

From 1838, Charles exhibited regularly at the Paris Salon, where he received recognition in 1853 with a gold medal for his work "La Moisson". In 1868, he became a member of the jury himself and admitted Claude Monet and Camille Pissaro with their works.

Vincent van Gogh was a great admirer of Charles' works and learned much from him. After learning of Daubigny's death, Van Gogh wrote in a letter

"It must be truly good, when one dies, to be aware of having done one or two things in truth, knowing that by doing so one will live on in the memory of at least some, and to have left a good example to those who follow. If others appear later, they can do no better than to follow in the footsteps of such predecessors and do it in the same way."

A MASTERPIECE BY CHARLES DAUBIGNY ON YOUR OWN WALL?

Do you want one of Charles' masterpieces on your wall? View his paintings and choose your favourite in the desired size. 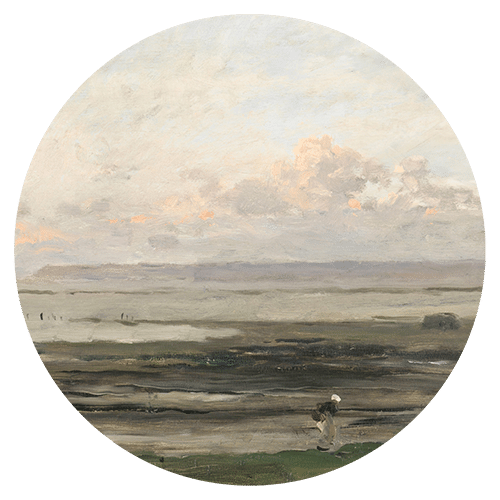 Sea of Daubigny - Round
CHARLES-FRANÇOIS DAUBIGNY