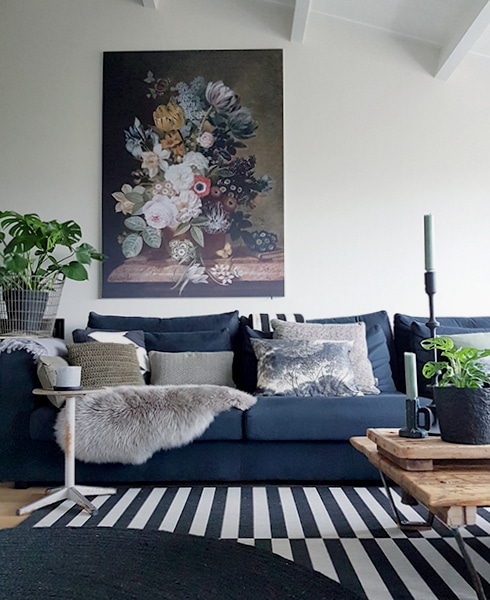 Eelke was born in Leeuwarden on 8 July 1788. When he was 7 years old, Eelke got an illness which made him deaf and at the age of 11 he was sent to the Deaf Institute in Groningen. Eelke stayed here until he was 19 years old. Here, Eelke received drawing lessons from G. de Stan and painting lessons from J.N. Schoonbeek. He became an artist, draughtsman, restorer and drawing teacher.

At the age of 16, 1804, Eelke won the first prize of the Minerva Academy. His work was highly praised. Eelke himself taught painting and drawing at the Franeker Atheneum, among others to Cornelis Bernardus Buijs (who in turn taught Jozef Israels) and to Taco Mesdag, Hendrik Willem Mesdag's older brother.

In 1816, Eelke left with a royal grant for Paris, from where, in 1818, Eelke embarked on a foot journey to Auvergne, Martigny in Switzerland and Turin in Italy. Eelke also visited London, Haarlem and Amsterdam for studies.

After Eelke also became blind in 1835, he stopped painting. Eelke died in Leeuwarden on 17 November 1839. He never married.

Eelke painted landscapes and still lifes of flowers and fruit.
In 1830, Eelke published a booklet of Mansion from the French.
This booklet is called "Thorough instruction in drawing and painting, especially in miniature, for the benefit of young artists".

Do you want one of Eelke Jelles Eelkema's masterpieces on your wall? Take a look at his paintings and choose your favourite in the desired size.