Read about the life and work of Francesco Guardi - Wall masters 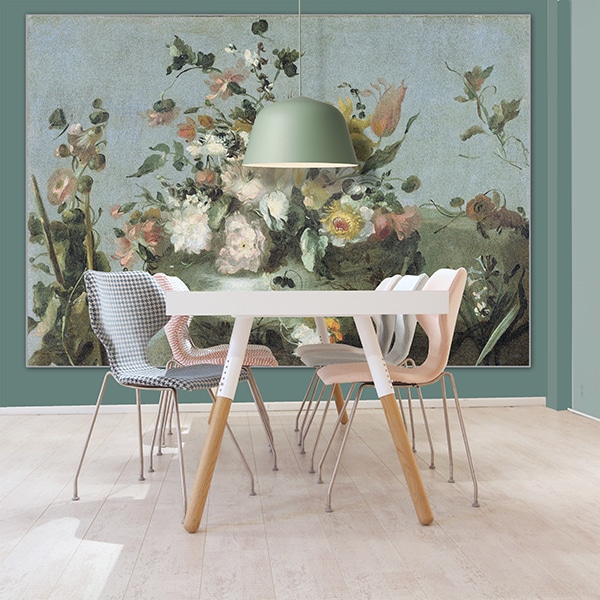 The life of Francesco Lazzaro Guardi

Francesco was born on 05 October 1712 in Venice. His parents are Domenico Guardi (1678-1716), a baroque painter, and Maria Claudia Pichler. She came from South Tyrol. Francesco had an older brother, Giovanni Antonio (1699-1760) and a younger brother Niccola, (1715-1786) both also painters. His sister Cecilia married Giovanni Battista Tiepolo, a well-known rococo painter. The family was of lower nobility from Trentino. After their father's death they inherited the studio.

On 15 February 1757, Francesco married Maria Mettea Pagani, daughter of painter Matteo Pagani. Their first son was born in 1757 and was called Vincenzo. Their 2nd son Giacomo was born in 1764. Giacomo later also becomes a painter. The family lives at the Campiello de la Madonna, Cannargio in Venice.
In 1793 Francesco died in his native Venice.

The work of Franceso Lazzaro Guardi

Francesco's eldest brother taught him the trade and together they produced many vedutas, detailed paintings of city and other views in and around Venice. Usually in large format. The three brothers also produce many large religious paintings. Together with his brothers, Francesco is one of the last representatives of the classic Venetian School.

On 12 September 1782, Francesco Guardi was admitted to the Academy of Fine Arts in Venice. In that same year, he was asked to make a number of paintings commissioned by the Ventian government.
This on the occasion of a visit by Russian archdukes. Fransesco's painting is described as "Pittura di Tocco" or "The art of painting".
Painting with a light touch. Fransesco uses small dots and lively brushstrokes.

A masterpiece by Fransesco Guardi on your wall?

Do you want one of Fransesco Guardi's masterpieces on your wall? Take a look at his paintings and choose your favourite in the desired size.