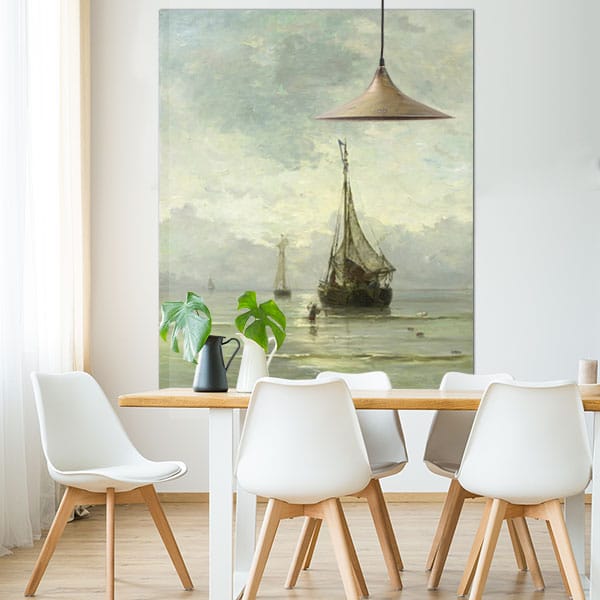 The life of Hendrik Willem Mesdag

Hendrik Willem Mesdag was born on 23 February 1831 in Groningen, the son of a starch manufacturer Klaas Mesdag (later a banker) and Johanna Willemina van Giffen.

At a young age, Hendrik was already interested in drawing and painting and was taught by his teachers C.B. Buijs and J.H. Egenberger, director of Minerva Academy. However, Hendrik had to go into the family business and became a banker with the banking firm Mesdag en Zonen.

On 23 April 1856 HendrikWillem Mesdag married Sientje van Houten, daughter of a wealthy timber merchant. After 7 years they have a son named Klaas, who unfortunately dies at the age of 8.

Encouraged by his wife, who was also a painter, Hendrik decided in 1866 to leave the business world and to devote himself entirely to painting. This was partly made possible by the inheritance that his wife received after the death of her father.
That summer, Hendrik leaves with his family for Oosterbeek and then for Brussels, where he is introduced to Willem Roelofs by his second cousin L.A. Tadema, also a painter. Willem Roelofs is Hendrik's teacher until 1869. In Brussels, Hendrik also becomes friends with the Fleming Alfred Verwee, who is a painter of landscapes and animals and who teaches Hendrik some tricks.

Impressed by the sea

In the summer of 1868, Hendrik goes to sea with his wife and child to Norderney, a Wadden Island in Germany. There, Hendrik discovers the atmosphere, the beauty and grandeur of the air, and of the sea.

In 1869 they moved to The Hague, to Anna Pauwlownastraat. Shortly afterwards, Hendrik and his brother-in-law Samuel van Houten build a house on the Laan van Meerdervoort (which is now part of the Mesdag museum).

To be closer to the sea, Hendrik regularly rents a room in Villa Elba, later the Hotel Rauch, where there is always a room available for him. Hendrik Mesdag not only gets to know all the facets of the sea, beach and dunes, but also learns a lot about the lives of the inhabitants of Scheveningen.

Hendrik received his first recognition in 1870 when he was awarded a medal at the Paris Salon for the painting 'Les Brisants de la Mer du Nord' (The Breakers of the North Sea). This painting is purchased by a member of the jury, Charles Chaplin.

In the period from 1873 to 1896, Hendrik sent several entries and received several medals. Hendrik receives awards at international exhibitions in London, Lyon, Philadelphia, Amsterdam, Berlin and Florence and becomes an Officer in the French Legion of Honour.

Together with Anton Mauve and Willem Maris, Hendrik joins the board of the Hollandsche Teekenmaatschappij, founded in 1876.
The businessman is also still present in Hendrik. Over the years he has acquired a large valuable collection (more than 200 pieces) from the School of Barbizon period (1830-1870). Hendrik decides to exhibit these paintings in an annexe, which is built in the garden of his house on the Laan van Meerdervoort. In 1887 Museum H.W. Mesdag is opened. In 1903 Hendrik donates this museum to the Dutch state. Hendrik received the Grand Cross in the Order of Orange Nassau. Hendrik stayed director of the museum until 1911.

Hendrik became chairman of Pulchri Studio when it was established. From 1889 to 1907 and until his death in 1915, Henrik remains honorary chairman. Together with his brother Taco, Hendrik buys the house of former minister Gijsbert van Tienhoven at Lange Voorhout in 1896, where after renovations Pulchri exhibitions are held. These exhibitions still take place today.

Hendrik started working on the Mesdag panorama in March 1881, assisted by his wife Sientje and George Hendrik Breitner, who took care of the artillery and horses. Sientje dies in 1909 and is buried in a family grave at the Oud Eik en Duinen cemetery in The Hague.
When Hendrik died on 10 July 1915, he was buried at Sientje's place amid great interest, not only from family, friends and acquaintances, but also from representatives of the royal house and the government.

A masterpiece of Hendrik Willem Mesdag on your wall?

Do you want one of Hendrik Willem Mesdag's masterpieces on your wall? Take a look at his paintings and choose your favourite in the desired size. 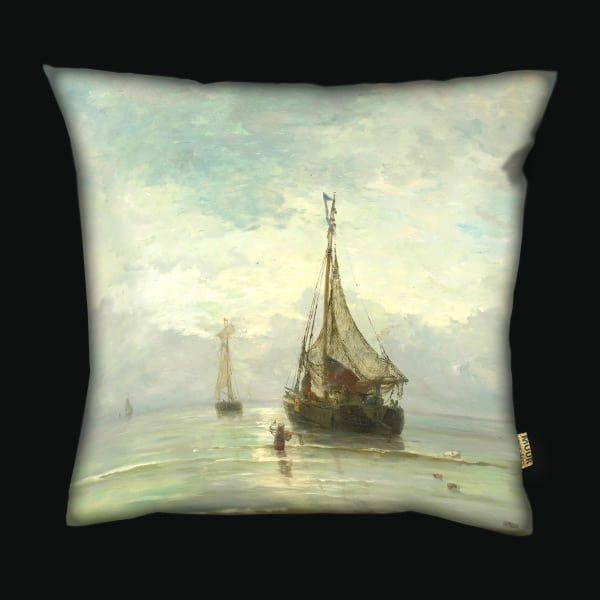