Read about the life and work of Isaac Israëls - Wall masters 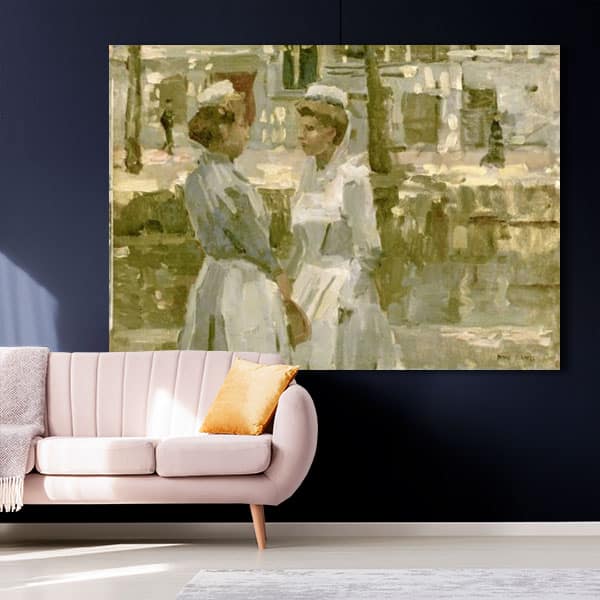 The life and work of Isaac Israëls

Isaac was born on 3 February 1865 in Amsterdam, the son of Jozef Israëls, one of the masters of The Hague School, and Aleida Schaap. Both came from an Amsterdam orthodox background with a love for literature and painting. When Isaac was about 4 years old, he made his first drawings. In 1871 the family moved to The Hague. His father taught him the basics of painting and in 1877 Isaac left school to travel with his parents to Paris, Italy and Munich. From 1878 onwards, Isaac visited the Paris Salon every year and when he made his debut there in 1882 with his painting 'Military funeral', he received an honourable mention. When Isaac returned to The Hague, he attended the Academy of Fine Arts from 1880 to 1882, but gained most of his knowledge through self-study. In 1881, Isaac made his debut at the Living Masters Exhibition in The Hague with "The Rehearsal of the Signal". The painting was not even finished yet, but was immediately purchased by Hendrik Willem Mesdag.

At the age of 20, Isaac Israëls entered the Rijksacademie in Amsterdam. However, he is expelled from school shortly afterwards with the remark that "as an artist already formed at the Academy, he would be entirely out of place."

The style of Isaac

Isaac searches for his own new style and stays in Amsterdam to immerse himself in its nightlife with his painter friends George Breitner and Willem de Zwart. In this period, he made his first sketches of portraits, dance halls, circus scenes and nudes. He paints during the day in the studio he shares with George Breitner in 1e Parkstraat and uses the impressionist painting and drawing technique. Isaac also painted famous people from that time, such as Mata Hari and Aletta Jacobs.

Because of all the praise Isaac Israëls received at a young age, he became very insecure and it was not until 1890 that Isaac regained his self-confidence and submitted paintings for exhibitions. His works are painted in a loose, fluent style with light colours and depicting, among others, maids, passers-by and children.

Residences and influence of his father Joseph Israel

When his mother dies in 1894, Isaac leaves for Spain and North Africa with his father and friend Frans Eerens. Then Isaac returns to Amsterdam, where he receives a permit from the mayor of Amsterdam to paint outside. During this period, 1894-1897, Isaac had a love affair with Theo van Gogh's widow, Johanna (Jo) Gesina Bonger.
The mundane life around 1900 in The Hague starts to inspire Isaac and he moves back to The Hague, Koninginnegracht 2, where Isaac and his father also have their studio. In the summer, they rent a villa of the Oranjehotel in Scheveningen to paint the summer scenes of the beach and the dunes. The lessons of his father will always be reflected in his works, but there are also clear differences. Joseph painted fishermen's wives and children and Isaac the elegantly dressed ladies in summer clothes. The techniques and use of colour were also different.

Between 1904 and 1913, Isaac is often in Paris and London. In Paris, he paints the dancing couples and terraces and in London the boxers and ballet girls.

Isaac made a long journey to the Dutch East Indies from 1921 to 1923, where he met the writer Louis Couperus and the architect H.P. Berlage on the boat from Java to Bali. Isaac made sketchbooks full of figures and portraits. After this trip, Isaac returned to the Koninginnegracht 2 in The Hague, from where he continued to make trips at home and abroad. In 1925, Isaac decides to give up the studio he has had in Paris since 1904 on Boulevard de Clinchy.

Isaac Israëls died after a collision on 07 October 1934 and was cremated at Driehuis-Westerveld in Velsen.

A masterpiece by Isaac Israëls on your wall?

Do you want one of Isaac Israëls' masterpieces on your wall? View his paintings and choose your favourite in the desired size. 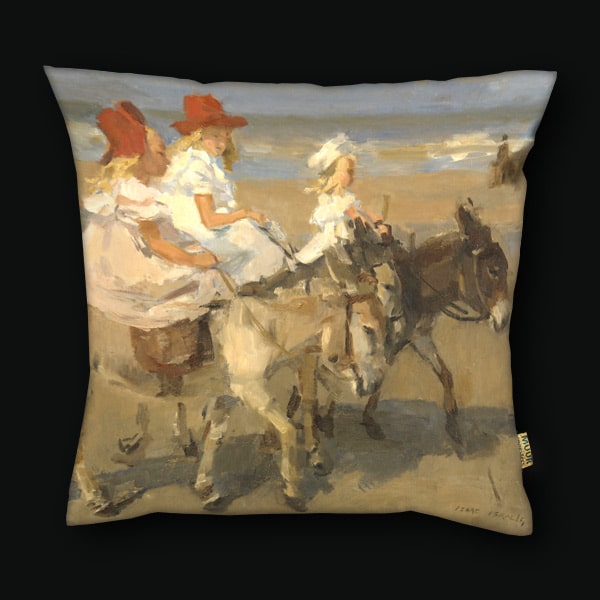 Portrait of a woman
ISAAC ISRAEL