Read about the life and work of Jan Brueghel - Wall masters 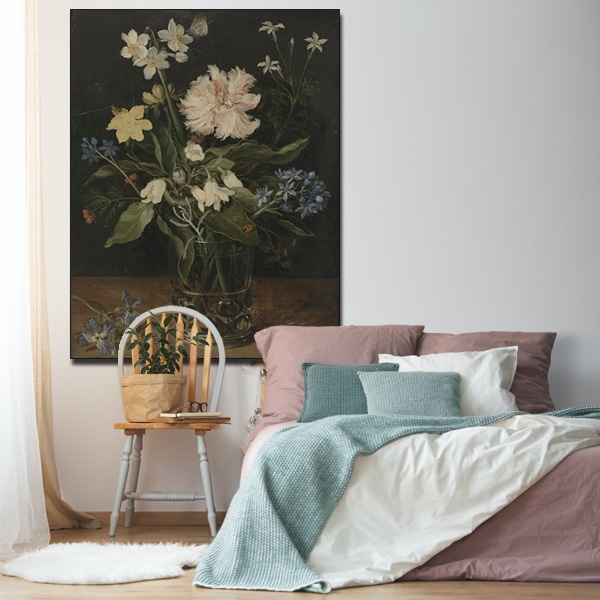 Jan was born as the eldest son of Jan Breughel the Elder and Isabella de Jode in Antwerp in 1601. Together with his half-brother Ambrosius, Jan was trained as a painter by his father, who himself came from a great family of painters.

In 1622, Jan Brueghel left for Rome where he was taken in by friends of his former employer and friend of his father, Cardinal Federico Borromeo. Jan stayed in various places in Italy. When his father dies, Jan returns to Antwerp via France to take over his father's studio. Jan Brueghel registered as freemaster with the Guild of St. Luke and was even elected dean there in 1630, just like his father. He worked together with many other painters, including Peter Paul Rubens, Hendrick van Balen and his father-in-law Abraham Janssens.

On 05 July 1626 Jan married Anna-Maria Janssens and together they had 11 children, 7 sons and 4 daughters. Five of the seven boys also became painters, including Jan Pieter and Abraham Breughel.

When Jan has a dispute with an embroiderer in 1672, he is wounded in the eye and has to give up painting.

Jan died on 01 September 1678 at his home address on Pruymenstraat in Antwerp.

A masterpiece of Jan Breughel the Younger on your wall?

Do you want one of the masterpieces by Jan Breughel the Younger on your wall? Take a look at his paintings and choose your favourite in the desired size. 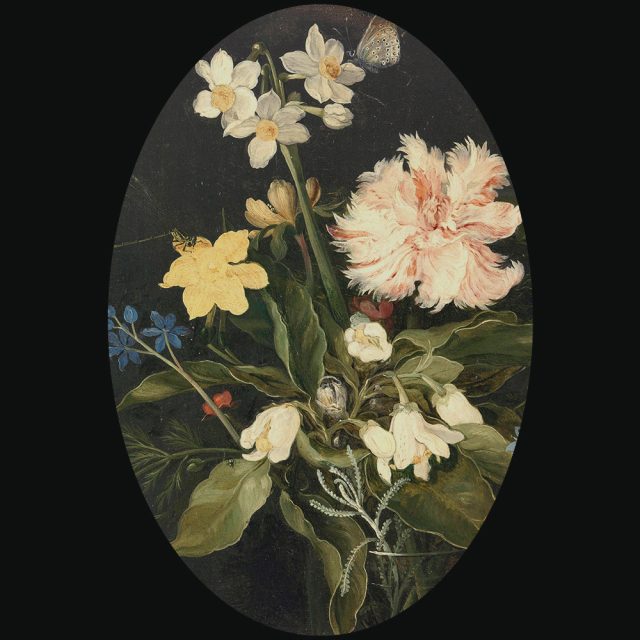 Still life with flowers in a glass
JAN BRUEGHEL