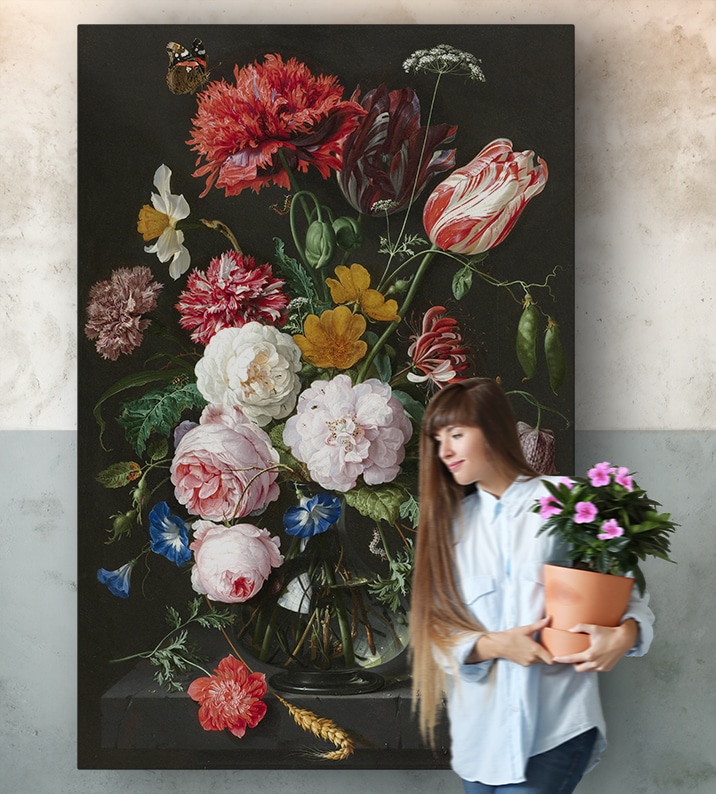 Jan was born on 17 April 1606 in Utrecht. Balthasar van der Ast was Jan's teacher in Utrecht. When his father dies, his mother remarries and the family moves to Leiden.

Jan married Aletta van Weerde in 1626 and together they had three children, including Cornelis de Heem. The family lived in Antwerp from 1631 to 1636, because many still-life painters worked there and this art was very popular. Adriaan van Utrecht was one of these painters.
In 1643 Aletta died and on 06 March 1644 Jan Davidsz de Heem remarried the daughter of a harpsichord maker, Anna Catharina Ruckers. His witness was his good friend and painter from the Antwerp School, Jacob Jordaens. From this marriage 6 more children were born, among them Johannes.
When Jan is back in Utrecht and working with Abraham Mignon and Jacob Marrell, he becomes a member of the St. Lucas guild in 1669.
Shortly afterwards, in 1672, Jan returned to Antwerp where he also became a member of the St. Luke's guild.

Jan has become so successful in the course of time that he is in very good shape. In contrast to his early years, when he would have liked to go to Italy to study, but ultimately decided on Antwerp due to a lack of money.

Jan Davidsz de Heem died in Antwerp and is buried in St Paul's there. Jan was the teacher of his sons, Cornelis and Johannes, and also of many still-life painters in the Netherlands and Belgium, including Theodoor Aenvanck, Andries Benedetti and Jacob Marrell.

Jan makes his oil paintings of flowers, fruit, forest and farm still lifes. His works are a fusion of Dutch and Flemish traditions. When Jan starts working in Antwerp, his works become more exuberant and colourful. Jan Davidsz de Heem was an important man in the development of still lifes in the Golden Age.

A masterpiece by Jan Davidsz de Heem on your wall?

Do you want one of the masterpieces by Jan Davidsz de Heem on your wall? Look at his paintings and choose your favourite in the desired size. 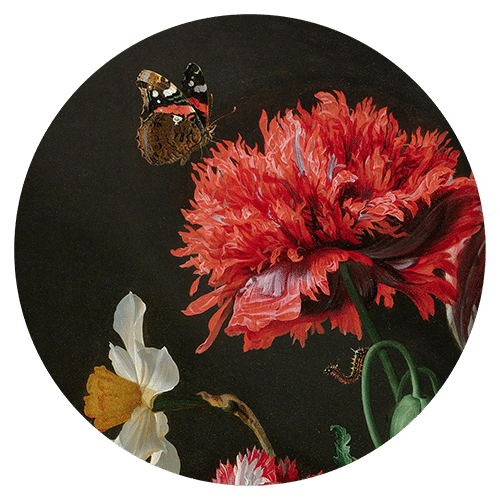