Read about the life and work of Johannes Vermeer - Wall Painters 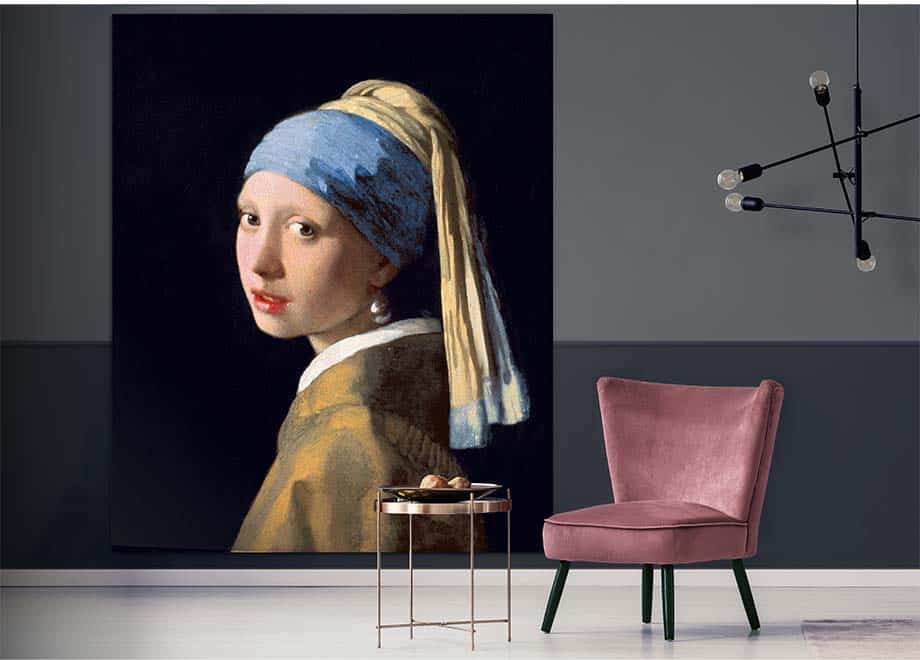 The life of John

Johannes Vermeer is one of the most famous painters of the 17th century and has a number of impressive masterpieces to his name. However, for a long time, this wonderful selection of paintings was attributed to others and the Johannes Vermeer paintings little to no recognition. It was not until the 1970s that Johannes Vermeer was rediscovered. Since then, 35 paintings have been recognised as "Vermeers".

Johannes Vermeer always lived and worked in Delft. As the son of a silk worker, he was, like his father, active in the art trade. Vermeer was possibly a pupil of fellow townsman Carel Fabritius. In 1653 Johannes Vermeer became a member of the painters guild, of which he was the head for many years.

The work of Vermeer

Johannes Vermeer distinguished himself as an artist with inimitable colour schemes, impressive light, subtle use of colour and perfect compositions. Vermeer favoured the use of ultramarine, lead-tin yellow and expensive pigments. His work consists of timeless and subdued moments, genre pieces, allegories and cityscapes, in which the influence of the Utrecht Caravaggists can be seen.

Vermeer's later work consists of interiors with one or more people, usually women. Intimate genre pieces, in which the main character devotes himself to an everyday activity, usually by a window that lets in daylight. Vermeer was uniquely qualified to depict the light falling on objects. The Rijksmuseum owns three of his domestic scenes and one city view: the world-famous Little Street.

The American writer Tracy Chevalier wrote the book Girl with a Pearl Earring. This book was adapted for film in 2003 under the same title. In the film, Colin Firth plays the painter and Scarlett Johansson the girl, whereby both the book and the film assume that the girl was a maid.

A Johannes Vermeer masterpiece on your wall?

Do you want an impressive Johannes Vermeer masterpiece on your wall? Take a look at his paintings and choose your favourite in the desired size. 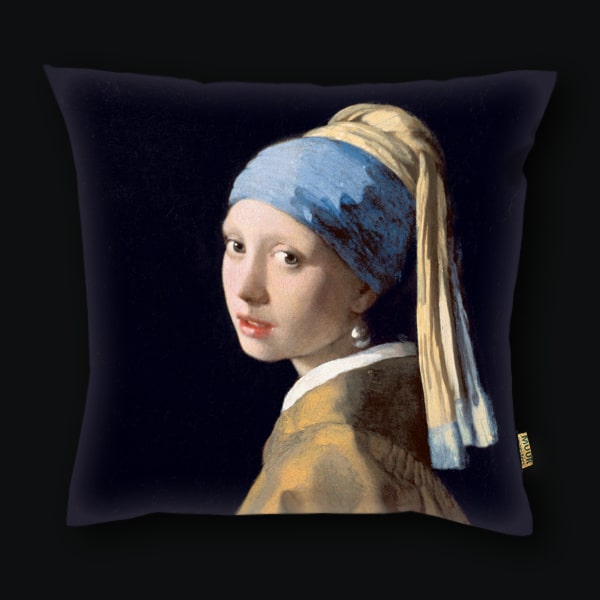 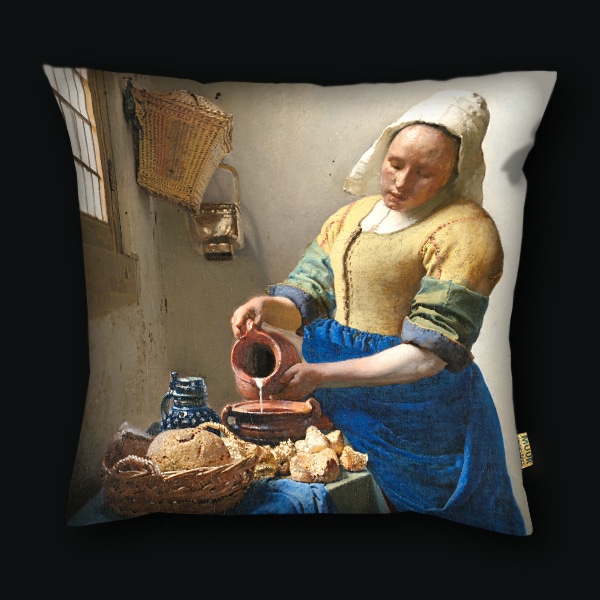 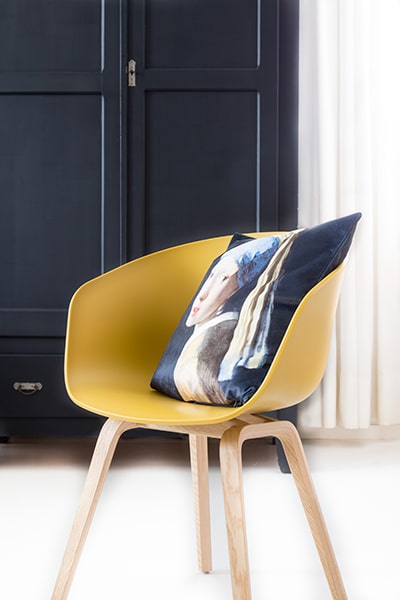 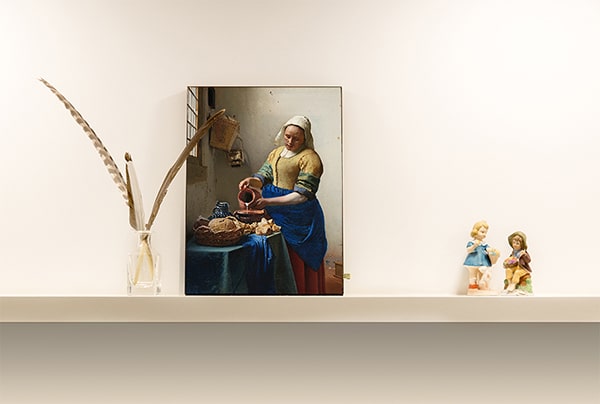 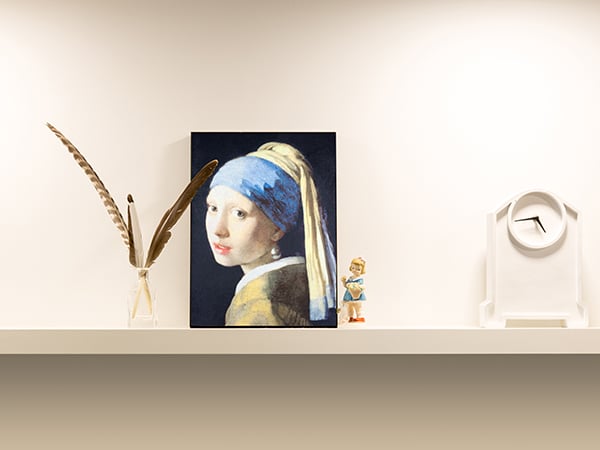 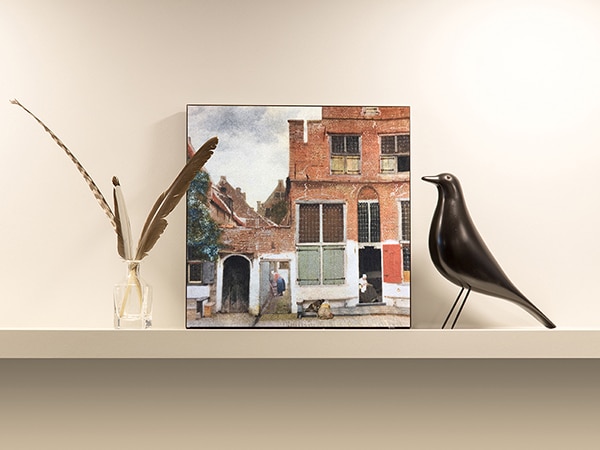 The little street, view of houses in delft
JOHANNES VERMEER 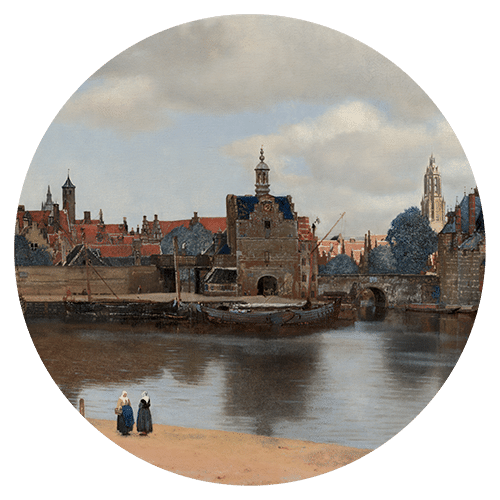 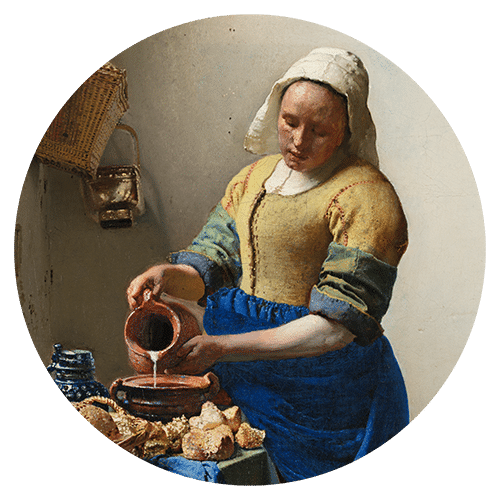 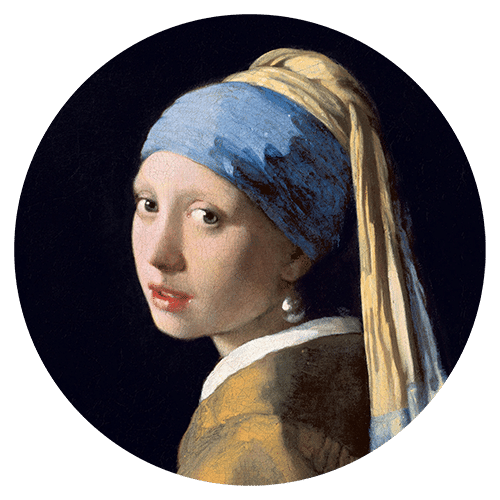