Read about the life and work ofJozef Israëls - Wall masters

The life of Joseph Israel

Jozef was born on 2 January 1824 as the 3rd son of Hartog Abraham Israëls, stockbroker, and Mathilde Polack in Groningen. The family later consisted of a total of 10 children. His parents belonged to the wealthy Jewish community and lived at 86 Vismarkt. On the birthplace there is an inscription that Jozef was born there. It was to be expected that Jozef would become a rabbi, but his talent for drawing was so great that already at the age of 8 Jozef got drawing lessons from C.B. Buijs. He said the following about Jozef: "Nothing will come of that boy, he is much too careless.

At age 11, Jozef Israëls was taught by Jacob Bruggink at the Minerva Academy in Groningen. At 18, Jozef was allowed to go to Amsterdam, where he went to live with his aunt in Jodenbreestraat, where she had a fur shop. From 1843 to 1845 Jozef had lessons from Jan Adam Kruseman and Jan Willem Pieneman at the Royal Academy in Amsterdam. In 1845, Jozef left for Paris where he stayed until 1947 and attended the Ecole des Beaux Arts. There he met Johannes Jongkind and painters from Barbizon. After Paris, Jozef returned to Amsterdam.

When Jozef left for Zandvoort in 1845 to recover from an illness, he was struck by the simple, hard life of a fisherman, which influenced his painting. When Jozef exhibited in London in 1862, he received rave reviews and his paintings sold well.

On 07 May 1863 Jozef married Aleida Schaap (1843-1894) in Amsterdam. They had three children together, Mathilda Anna (1864-1945), Izaac Lazarus (1865-1934) and Rebecca Maria who was born in 1866 but died the same year.
In 1871 the Israëls family moves to The Hague, where Jozef Israëls becomes friends with Hendrik Willem Mesdag. Together they are involved in founding the Hollandsche Teekenmaatschappij and Pulchri Studio in 1879.
In 1879, Joseph was knighted in the Crown Order of Italy.
When his wife Aleida died in 1894, Jozef left for Spain and North Africa with his son Isaac and friend Frans Eerens.

Although Jozef Israëls lived mainly in The Hague, he often visited Groningen. After his death in Scheveningen on 12 August 1911, a statue was made by sculptor Abraham Wesselink and placed on the Hereplein in Groningen. During the Second World War the statue was removed by the Germans but in 1947 the municipality reinstated it. It was made after the painting by Joseph, "Along Mother's Grave".
Jozef Israels was not only a painter, etcher and lithographer, but also a writer under the pseudonym J. Maalman.

The work of Joseph Israel

As a result of the lessons Jozef received from the age of 8 from successive C.W. Buijs, Jacob Bruggink, Jan Adam Kruseman and Jan Willem Pieneman, he was a landscape painter. But after Jozef took lessons in Paris at the Ecole des Beaux Arts, he became a romantic history painter.

When Jozef Israëls fell ill and ended up in Zandvoort, he concentrated on painting the real hard life of the fishermen and their families.
Jozef switched to realistic painting, which is characteristic of The Hague School, which he later joined once he started living and working in The Hague.

At the end of Joseph's life, Joseph again painted landscapes and subjects from the Jewish religion, including the painting "Jewish Wedding".
Joseph taught his son Isaac the art of painting, about which he wrote: "With the help of the Lord, he will become a better painter than his father".
Other pupils of his included David Artz and Bernard Blommers.

A Jozef Israels masterpiece on your wall?

Do you want one of the masterpieces by Jozef Israëls on your wall? View his paintings and choose your favourite in the desired size. 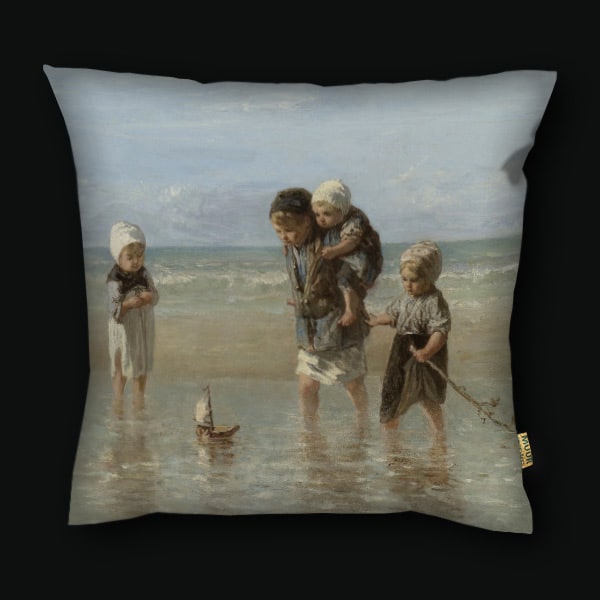 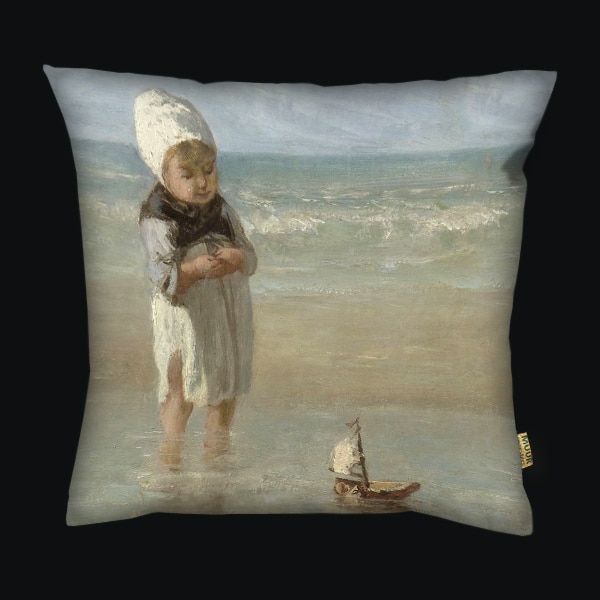 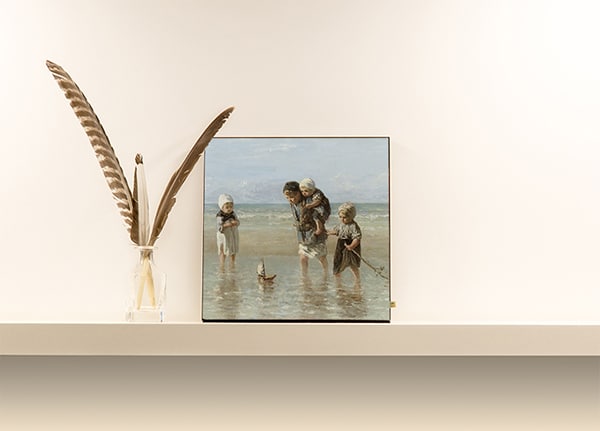 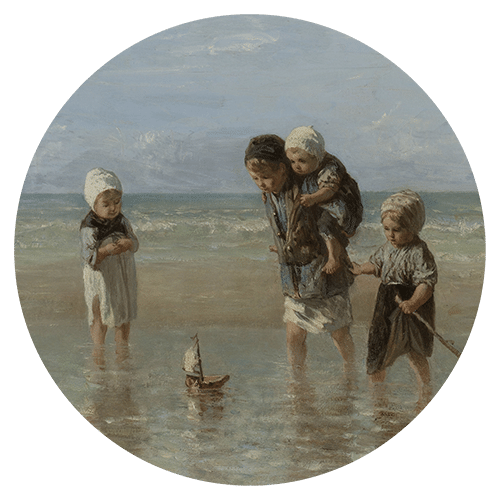 Children of the Sea - Round
JOZEF ISRAEL

Fisherman's girl on the beach
JOZEF ISRAEL
Choose your language