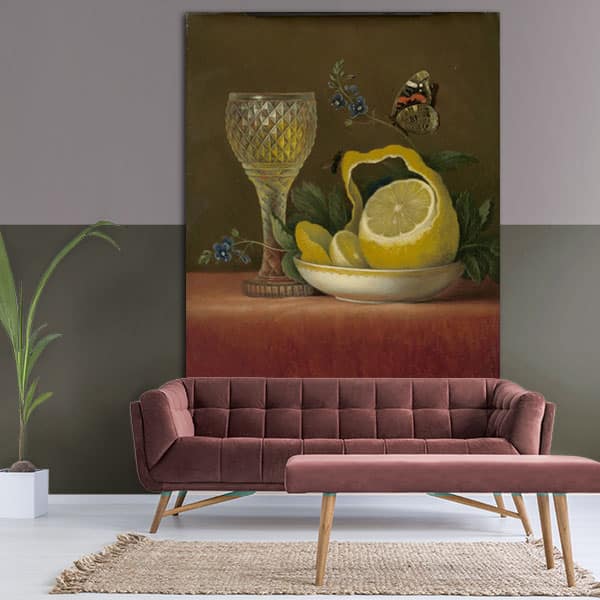 Maria was born on 1 November 1779 and baptised on 5 November 1779 in The Hague. Her father is the by then internationally renowned still-life artist Jan van Os and her mother Susanna is the daughter of painter Pieter Frederik de la Croix. Maria's mother is also a painter and does portraits. The family consists of 5 brothers and 1 sister. Two brothers, Pieter and Georgius, later became well-known painters. Her mother dies when Maria is 9 years old.

The work of Maria Margaretha

Maria follows in her father's footsteps and paints still lifes. Maria receives lessons from her father in his studio. Maria paints still lifes with flowers and fruit, sometimes supplemented with shells or dead game. She makes studies of plants and insects and even makes the occasional landscape painting.

Maria does not go public as a painter until she is 35 years old. In 1814, she sends her first work for an exhibition of the Living Masters Show in The Hague. In 1826 Maria receives a membership of the Royal Academy of Arts in Amsterdam. Until 1844, Maria sends works to various exhibitions throughout the Netherlands.

Until the end of her life on 5 November 1862, Maria continued to paint and was much admired for her work. Maria remained unmarried.

A masterpiece by Maria Margaretha van Os on your wall?

Do you want an impressive masterpiece of Mary on your wall? Check out her painting and choose your favourite size.