On the life and work of Paulus Potter - Wall Street 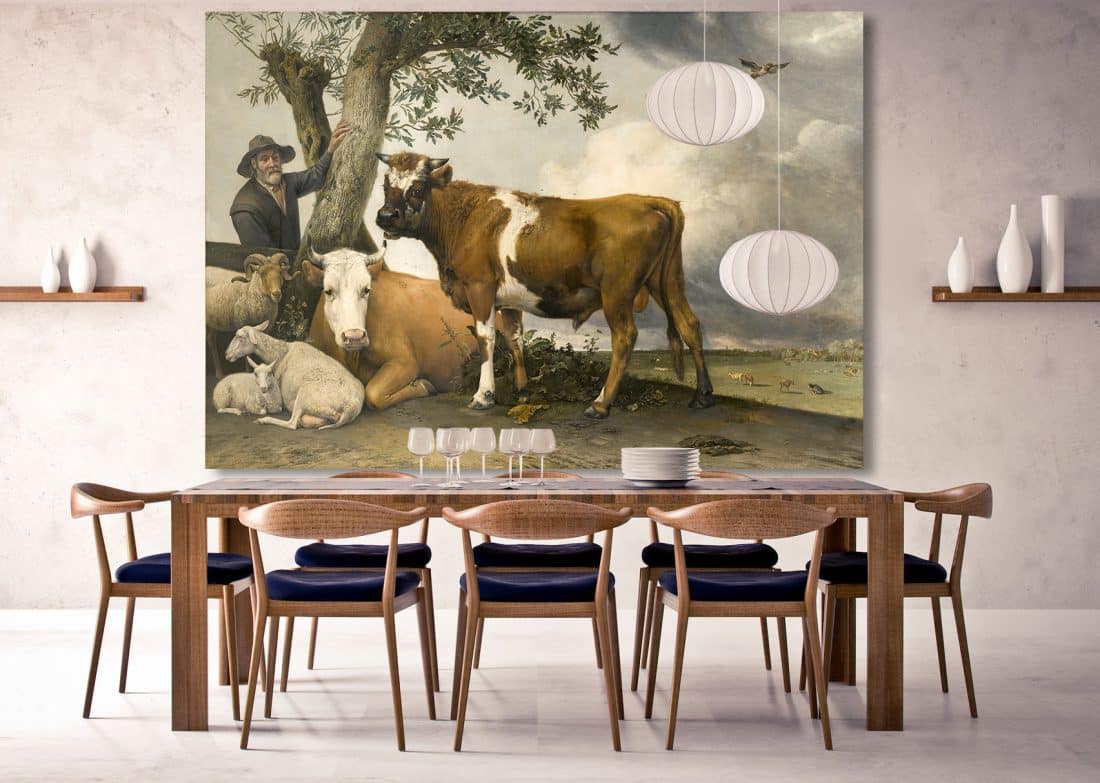 The life of Paul Potter

Paulus Potter, born in 1625, was baptised in Enkhuizen on 20 November 1625 as the son of Pieters Symonsz Potter, an unknown painter, and Aechtie Pouwels, from the elite. Aecthie's brother was also a painter.

In 1628, the family moved briefly to Leiden and then to Amsterdam. In Amsterdam, Paul learned the painter's trade in his father's workshop and studied under Pieter Lastman and Nicolaas Maoyaert. In 1646, Paul initially joined the Guild of Saint Luke in Delft but decided to move to The Hague, where he rented a house from Jan van Goyen at 17 Dunne Bierkade and registered with the Guild of Saint Luke there. Paul also met his wife Adriana van Balckeneynde in The Hague. They married on 3 July 1650 and got a little daughter who died of tering at the age of 3,5. Like his mother, Paulus Potter's wife is also of very good family background. Because of this, Paul is introduced to the elite by his father-in-law. Members of the House of Orange buy various works by Paulus.

The work of Paul Potter

Initially, like his father, Paulus painted history paintings, but he switched to painting cattle in typical Dutch landscapes. Paulus therefore gets the nickname "Beast Painter". On 1 May 1652 the family moved to Amsterdam at the invitation of the Amsterdam mayor Nicolaas Tulp. Nicolaas is very taken with Paul's work.

On 17 January 1654, Paul, a wealthy man, died of TB. He is buried in Nieuwezijds Chapel in Amsterdam.

Paul is one of the most famous Dutch painters from the Golden Age.

A wall master by Paul Potter on your wall?

Do you want an impressive masterpiece by Paul Potter on your wall? View his paintings and choose your favourite in the desired size.