Read about the life and work of Pieter Claesz - Muurmeesters 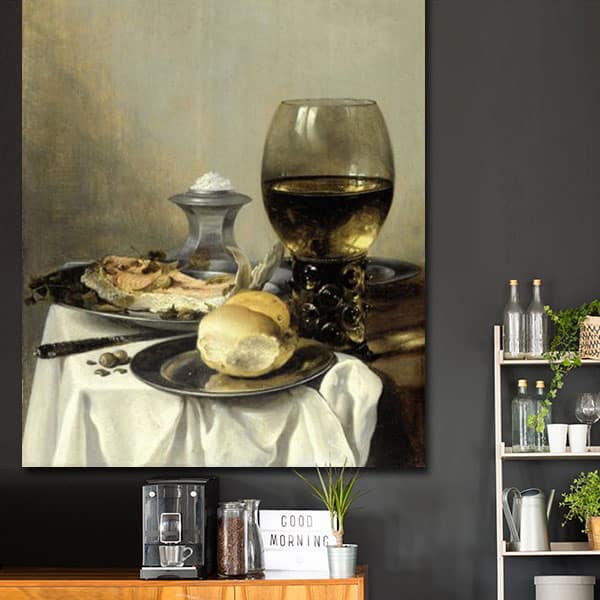 The life of Pieter Claesz

Pieter was born in 1596/1597 in Berchem, a small town near Antwerp. At a young age, Pieter moved north and settled in Haarlem, where he married in 1617 and had a son named Nicolaes Pietersz Berchem. This son later became a landscape painter, in contrast to his father who was a passionate still-life painter. After the death of his wife, Pieter married Trijntien Laurensdr on 8 August 1635 and together they had two more daughters.

Pieter was a member of the Lucas guild in Haarlem and, together with his friend and colleague, Willem Claesz Heda, was an important representative of the Haarlem School.

Pieter Claesz and Willem Heda are both "vanistas" still-life painters. Vanistas means 'vanity/emptiness' in Latin. This is depicted with food, drink, musical instruments, skulls, extinguished candles, clocks, soap bubbles and toppled glasses, among other things. They are not showpieces; the paintings want to convey to the viewer that they should live a good and religious life, because life is temporary and mortal.

At the beginning of his painting career Pieter painted with more colour and from above. Later his paintings became quieter with the colours grey, green and brown in various shades and he painted more from below. In some of his works Pieter is also depicted. Pieter sometimes painted himself reflected in a glass.

A masterpiece of Pieter Claesz. on your wall?

Do you want an impressive masterpiece by Pieter Claesz. on your wall? Take a look at his paintings and choose your favourite in the desired size. 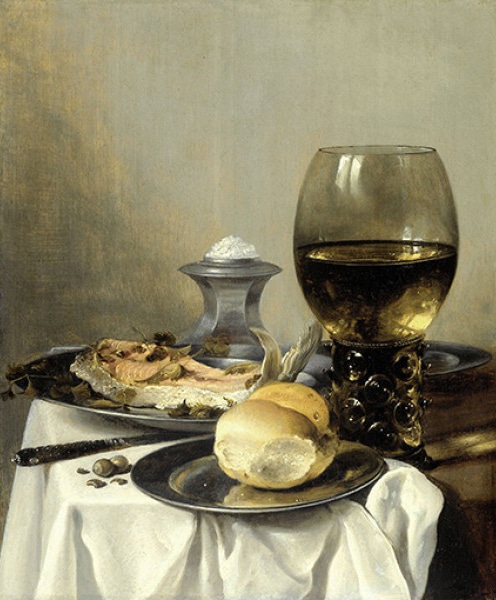