Read about the life and work of Rachel Ruysch - Wall masters 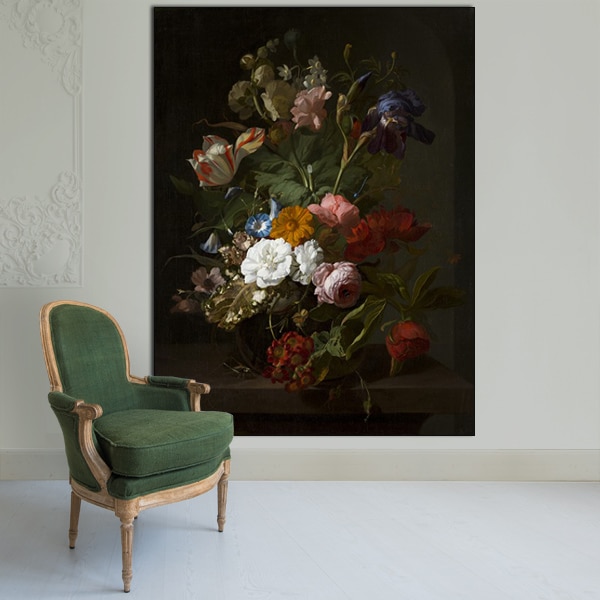 The life and work of Rachel Ruysch

Her parents are Frederik Ruysch, a famous anatomist/botanist. Her mother is the daughter of Pieter Post (architect of the Mauritshuis, among other things) and the niece of the Haarlem painter Frans Post, who went to Brazil by order of Johan Maurits.

As a three-year-old girl, Rachel and her family move to Amsterdam because her father gets a job at the Athenaeum Illustre. When Rachel is 15, she is apprenticed to Willem van Aelst to be trained as a painter. Her younger sister Anna was also trained by Willem. They both became painters of flower and fruit still lifes.

Rachel married portrait painter Jurriaen Pool in Buiksloot on 12 August 1693. Together they had 10 children. The little daughter Rachel, named after her mother, died on 23 November 1718. Her youngest and last son Jan Wilhelm (born 21 July 1711) was named after JohanWilhelm van de Palts, her patron from 1708 to 1716.
Rachel is asked to come and paint at the court in Düsseldorf after Johan Wilhelm saw her work during a visit to her father. Her father has been working at Hortus Botanicus in Amsterdam since 1685. Johan Welhelm and his wife Maria Anna Luise d'Medici are the godparents of Jan Wilhelm.

In 1701, Rachel became the first woman to join the painter's society
"Pictura" in The Hague. Despite winning a lottery of Fl. 75,000 in 1723, Rachel continued to paint still lifes of flowers and fruit until she was 84 years old.

A masterpiece by Rachel Ruysch on your wall?

Do you want one of Rachel Ruysch's masterpieces on your wall? View her paintings and choose your favourite in the desired size. 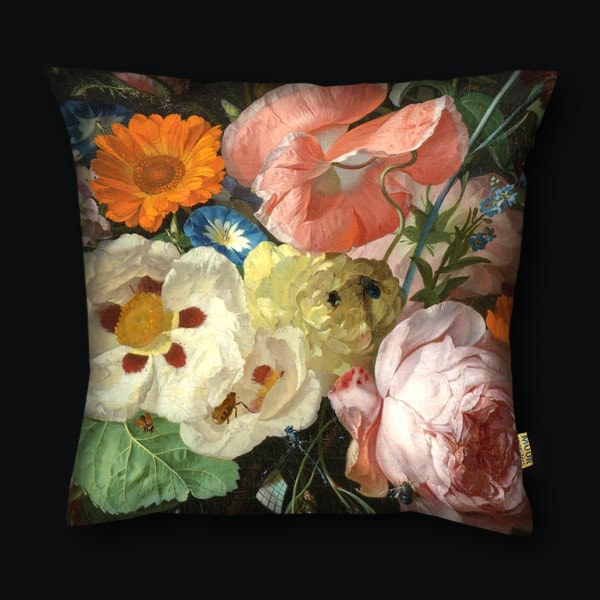 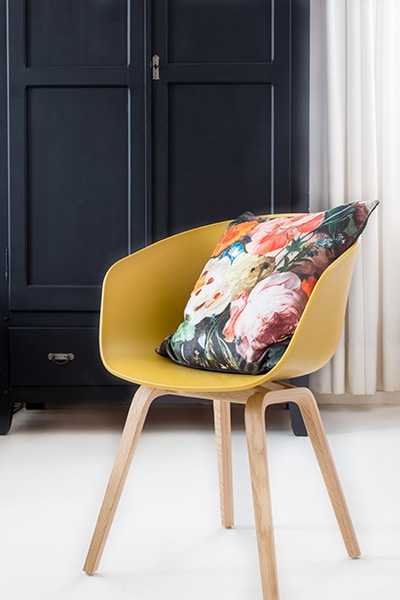 Still life with flowers on a marble table
RACHEL RUYSCH