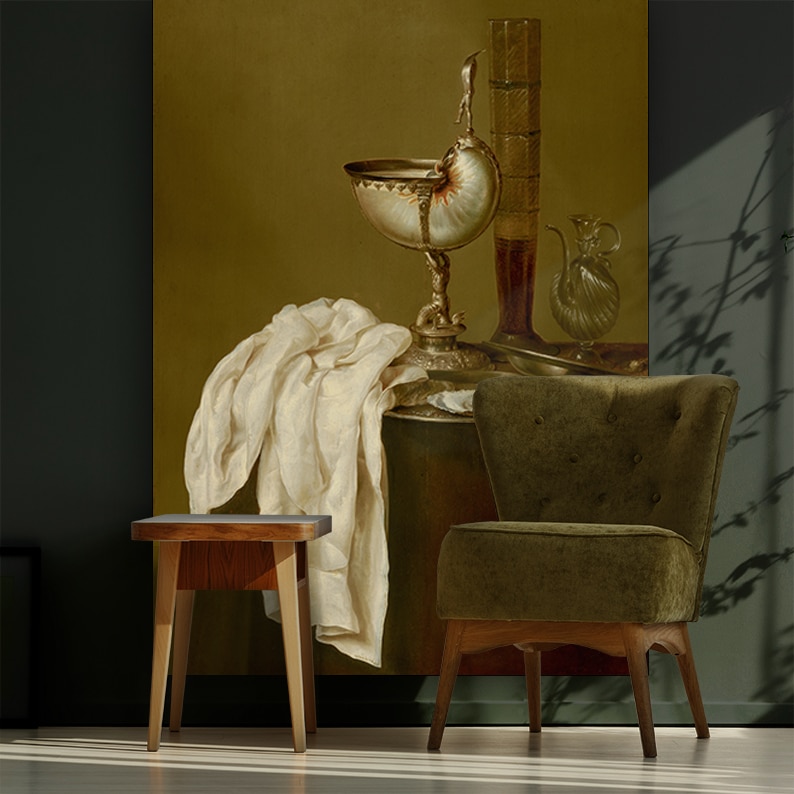 The life of Willem Claesz Heda

Willem Claesz Heda was born on 14 December 1594 in Haarlem as the 3rd son of city architect Claes Pietersz and Anna Claesdr. Rooswijk. The family consisted of 5 children. Willem gets his surname from his mother's side. His uncle was the painter Cornelis Claesz Heda (1566-1619).

On 9 June 1666 Willem married Cornelia Jacobsdr. van Rijck, daughter of a brewer. Together they have 7 children, 2 sons and 5 daughters. The first son becomes a priest and the other son, Gerret Willemsz Heda, follows their father as a painter and receives his training from Willem.

About the work of Willem Heda

Willem is a specialist in still lifes, also called "breakfast" or "banquet". He paints very realistically with a lot of grey-green and silver tints. Willem paints about 70 works. In 1631 Willem becomes a member of the St. Lucas guild and fulfils various tasks. In 1637 he becomes its chairman. Together with his friend and colleague Pieter Claesz, they are important representatives of the Haarlem School.

Because Willem Claesz married into a brewing family, Willem himself opened a brewery in Haarlem in 1667.

Willem died, fairly well off, in Haarlem in 1680. Heda was a Baroque painter in the Golden Age.

A masterpiece by Willem Claesz Heda on your own wall?

Do you want one of Willem's masterpieces on your wall? View his paintings and choose your favourite in the desired size.