Read about the life and work of Willem van Leen - Muurmeesters 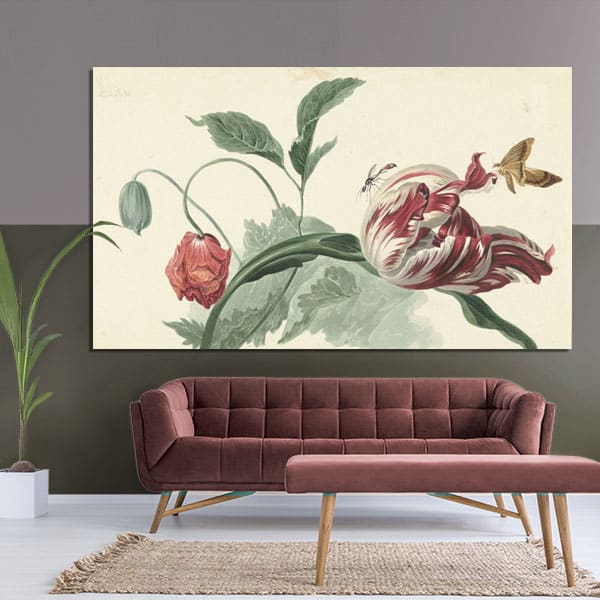 The life of Willem van Leen

Willem van Leen's father had a painting and jewellery shop and was an art dealer. After studying with his father, Willem was apprenticed to other Dordrecht painters.

When he was twenty, Willem left for Paris where he devoted three years to painting flowers. He drew many of the - often exotic - flowers in the Jardin des Plantes. The Grand Duchess of Russia commissioned him to design wallpapers of white Chinese silk for the Pavlovsk Palace in Leningrad. Despite the French Revolution, he continued to live and work in Paris in 1789.

After his return, Willem van Leen settled in Delfshaven and specialised as a painter of flowers and art dealer. Willem continued to study flowers until a ripe old age. He used them to compose his still lifes.

A masterpiece by Willem van Leen on your wall?

Do you want one of Willem's masterpieces on your wall? View his paintings and choose your favourite in the desired size.

Bouquet of flowers with a butterfly
WILLEM VAN LEEN