Albrecht of Austria by Frans Pourbus Atelier on your wall? - Wall masters 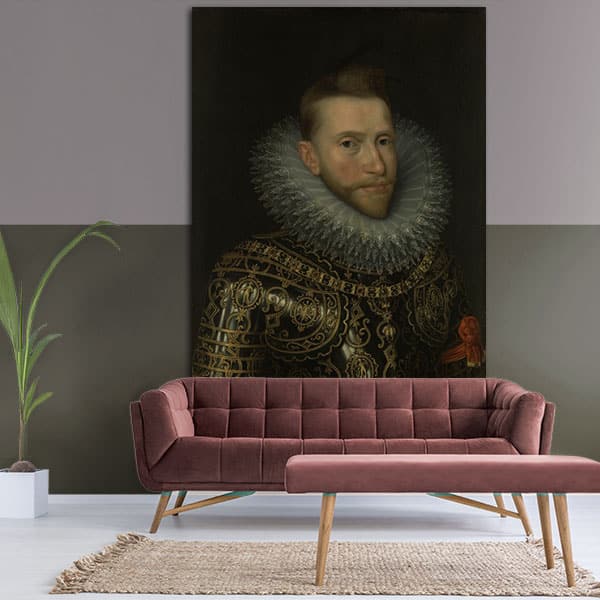 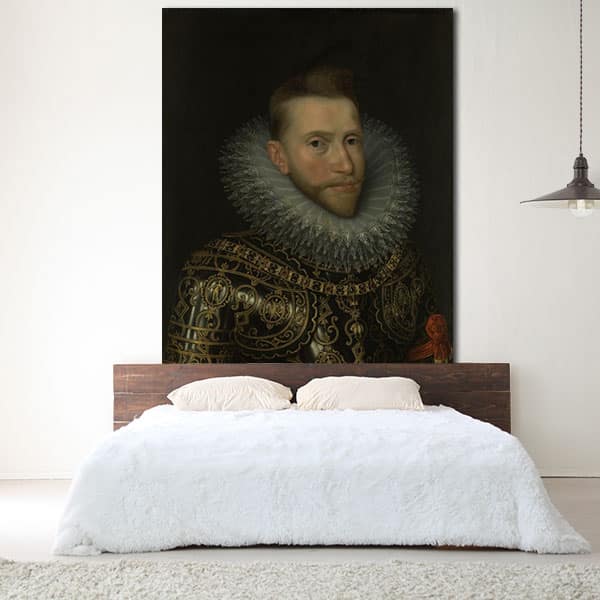 Masterpiece Albrecht of Austria by Frans Pourbus Atelier on your wall

This portrait was commissioned by Frans Pourbus II from Albrecht of Austria ( 1559 - 1621 ). Dressed in his armour with a chain around his neck with the insignia of the Order of the Golden Fleece.

Albrecht VII of Austria was born in Wiener Neustadt on 15 November 1559. His parents were Maximilian II of Austria and Maria of Spain. From the age of 11, Albrecht was educated at the Spanish court of his uncle King Philip II. King Philip's intention was that Albrecht should follow a career in the Church but, due to the death of Albrecht's brother Ernst of Austria, this did not happen. Albrecht had to take over his function as governor in the Netherlands.
In Valencia, Spain, on 18 April 1599, Albrecht married the daughter of Philip II, Isabella, a full cousin of Albrecht. The couple went to live in Brussels. They had three children, who all died young. Albrecht suffered from gout during his last years and died in Brussels on 13 July 1621. Also from Isabella is a portrait made by Frans Pourbus II.

Albrecht's portrait can be seen in the Rijksmuseum in Amsterdam.