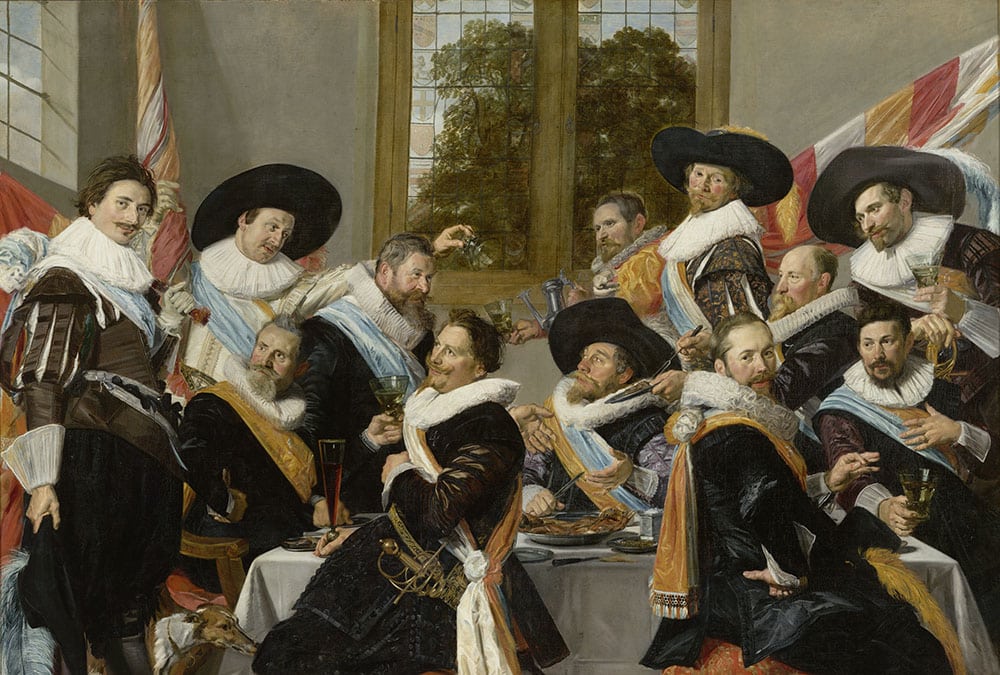 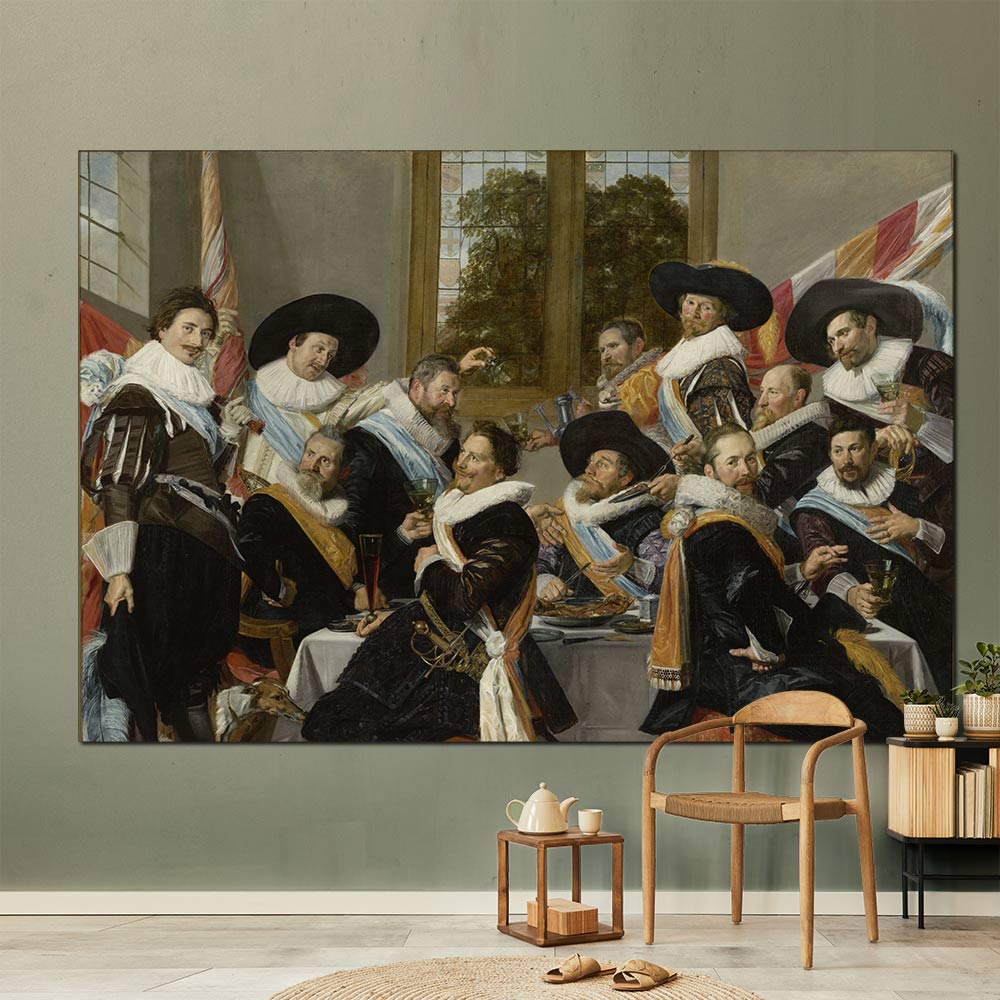 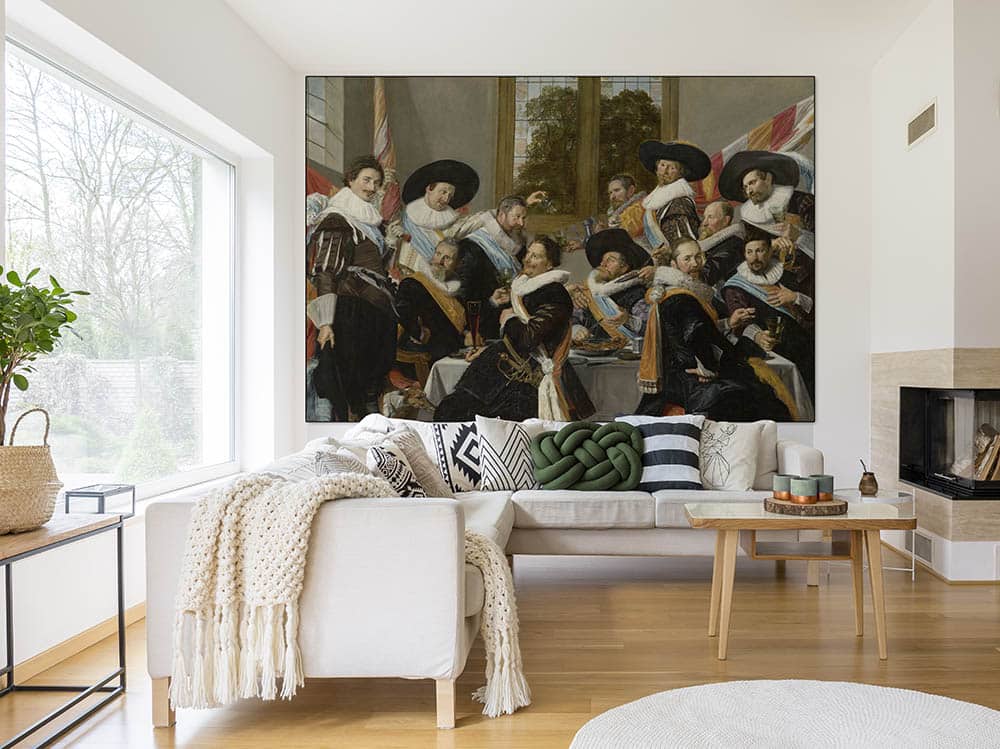 BANQUET OF THE CLUB MILITIA

For this supper of the Cluveniers' militia, Cluveniers meaning musketeers, Frans Hals chose the moment when the ensigns entered. The symmetry of the composition, in which diagonals and triangles can be recognised, is striking. The fact that the depiction still comes across as a unity is thanks to the interaction between the archers.

At the head of the table on the left is the colonel, wearing his orange sash. Normally, the sashes are in the colours of the militia's banner, but in this case the colours of the Dutch flag are used. The three sitting men in the middle are the captains. The greyhound (bottom left) is one of the few animals that Hals ever painted.

In his own time, Frans Hals was already famous for the way in which he could portray people true to life. The liveliness is also striking in his group portraits. A smile, a hand gesture, eye contact and a blush on the cheek: people of flesh and blood.

FEAST OF OFFICERS OF THE CLUVENILE MILITIA OF FRENCH NECK ON YOUR WALL? 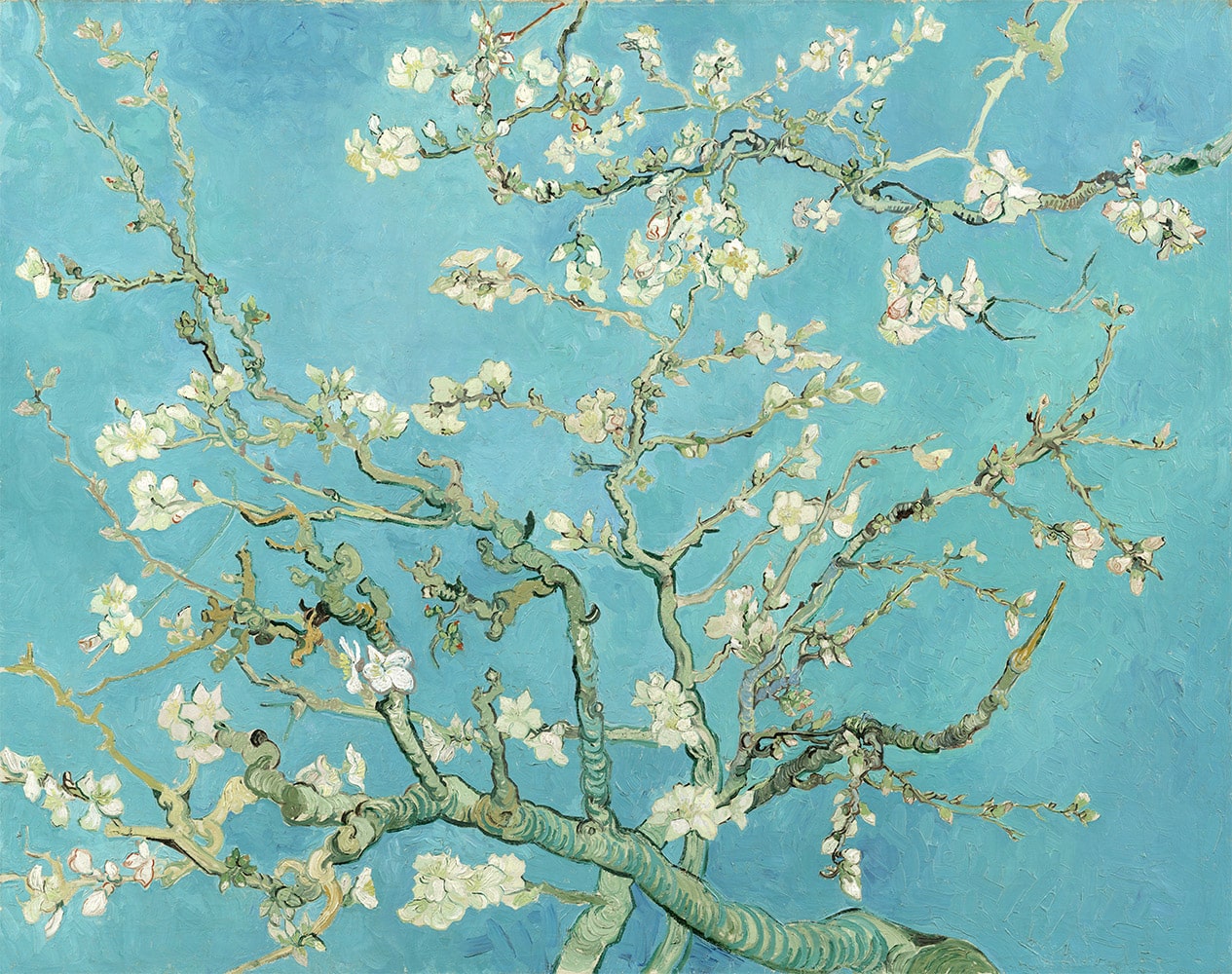