The Golden Bend in the herengracht by Gerrit Adriaensz Berckheyde on your wall? - Wall masters 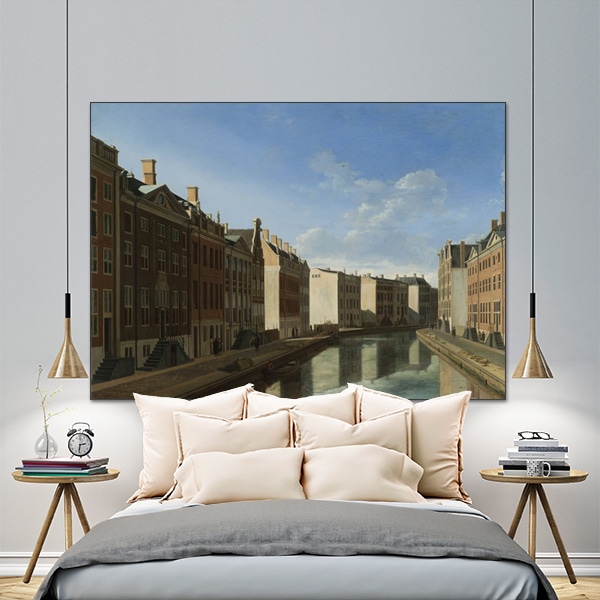 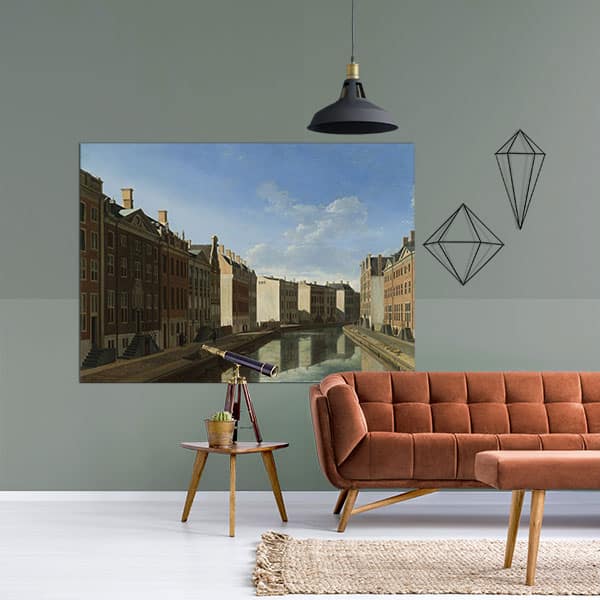 The painting shows the Herengracht as seen from the bridge at Vijzelstraat in Amsterdam. There are still open spaces in the rows of houses and in the buildings under construction. This allows the sunlight to fall beautifully on the Herengracht itself and reflect on the existing buildings.

In the 17th century, there was a desperate shortage of houses, and the canals dug in Amsterdam were filled with large stately mansions for the very rich. These wealthy people were mainly engaged in trade with Asia.

Because this part of Amsterdam had a very wealthy, posh population and because the canal curves in this part, it is still called "the Golden Bend".

Read more about the life and work of Gerrit Adriaensz Berckheyde on his painting page.

Entrance to a forest
PHILIPS KONINCK