Daubigny's Garden by Vincent van Gogh on your wall? - Muurmeesters 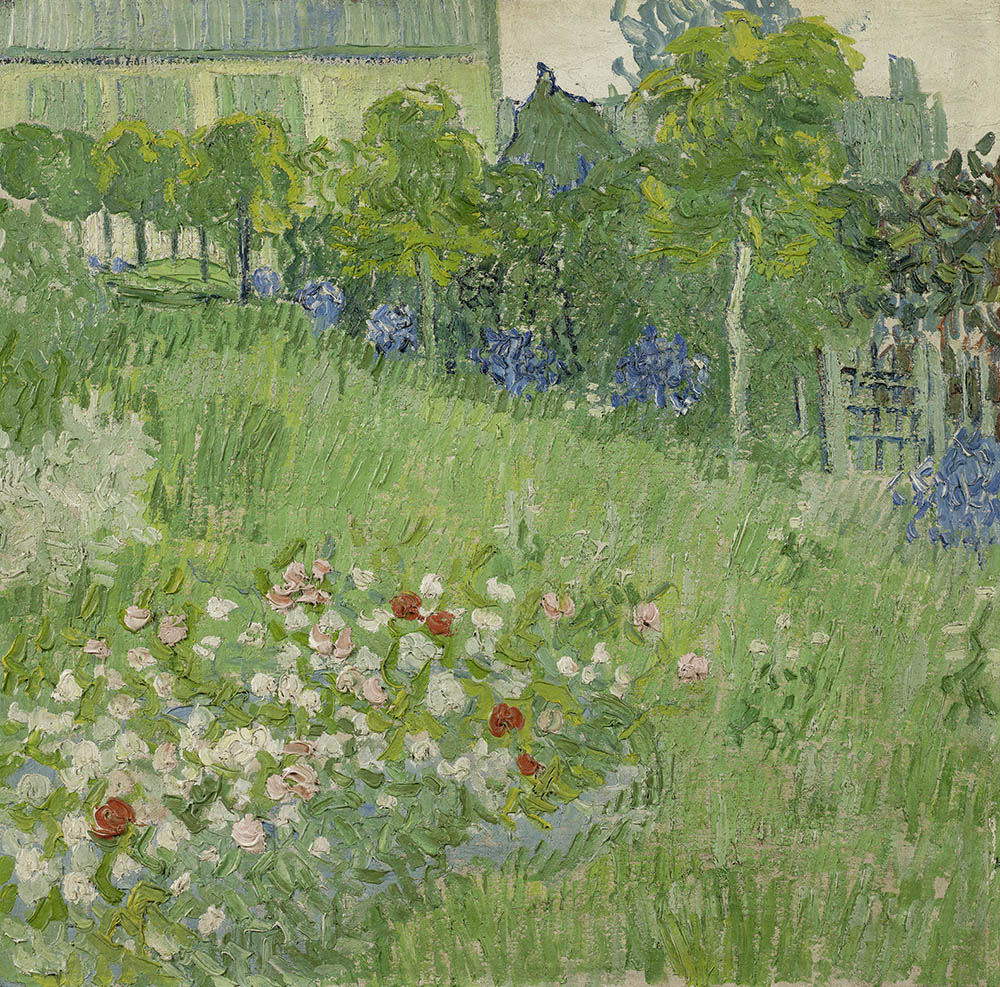 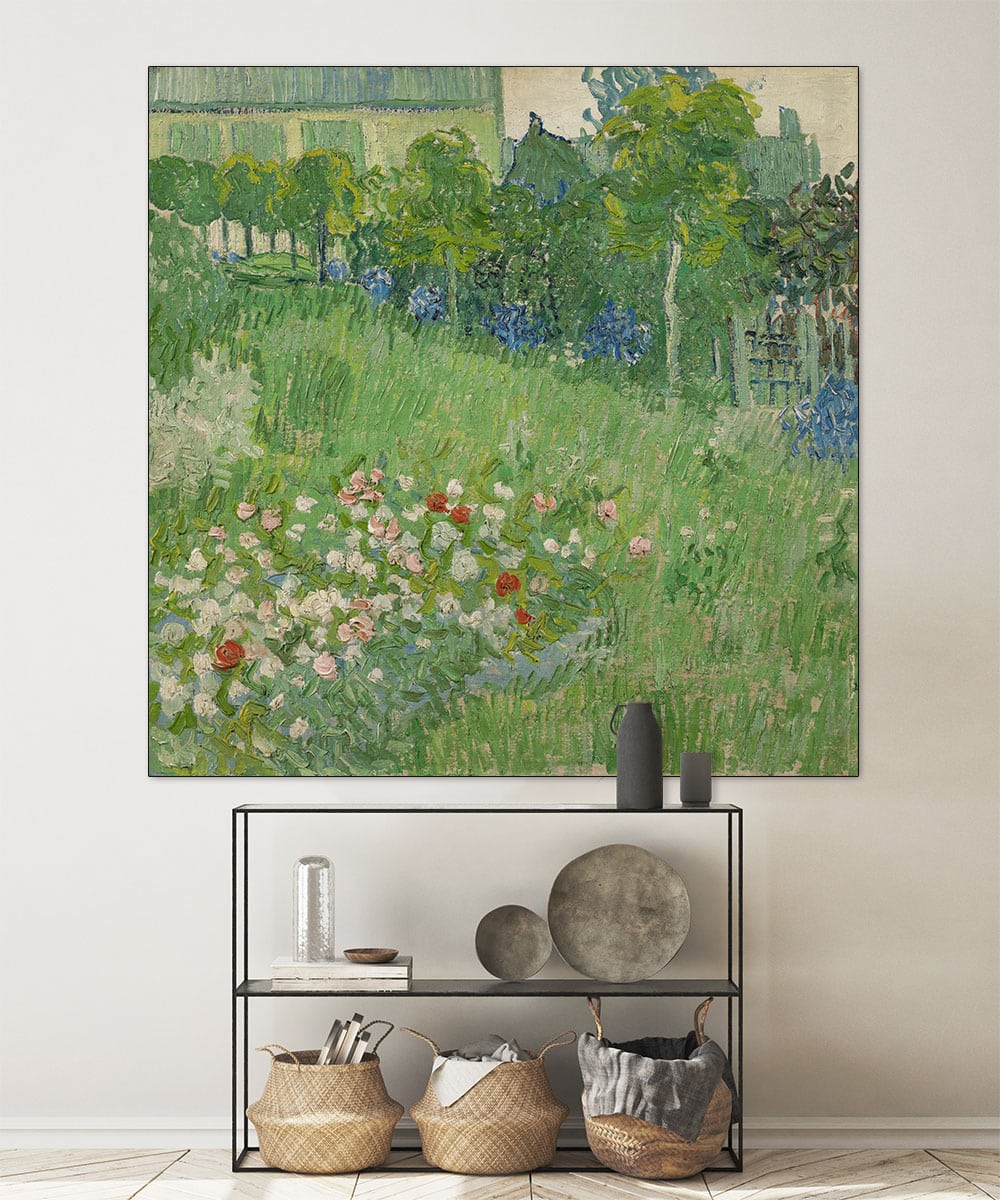 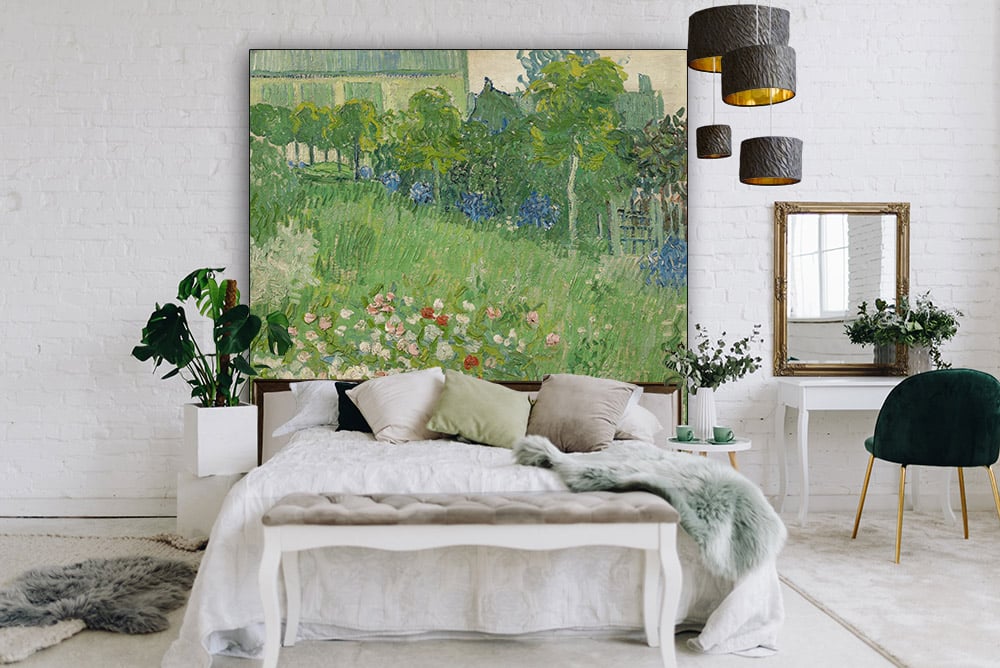 Throughout his life, Van Gogh admired the work of Charles-François Daubigny. This famous landscape painter had lived in Auvers. When Van Gogh arrived in the village, he went to see Daubigny's house and garden as quickly as he could. This is the first painting he did of the garden. Two larger canvases followed later.

Because Van Gogh had no canvas at hand, he painted the garden on a red-striped kitchen cloth. He covered the fabric with a bright pink base coat of lead white mixed with red pigment. This pink base formed a lively contrast with the green paint he used for the garden. The primer is visible between the brush strokes. As the red pigment has faded in the course of time, the pink base layer now looks grey.

GARDEN OF DAUBIGNY BY VINCENT VAN GOGH ON YOUR WALL?