Fabritius's Little Putter in the oval on your wall? - Muurmeesters 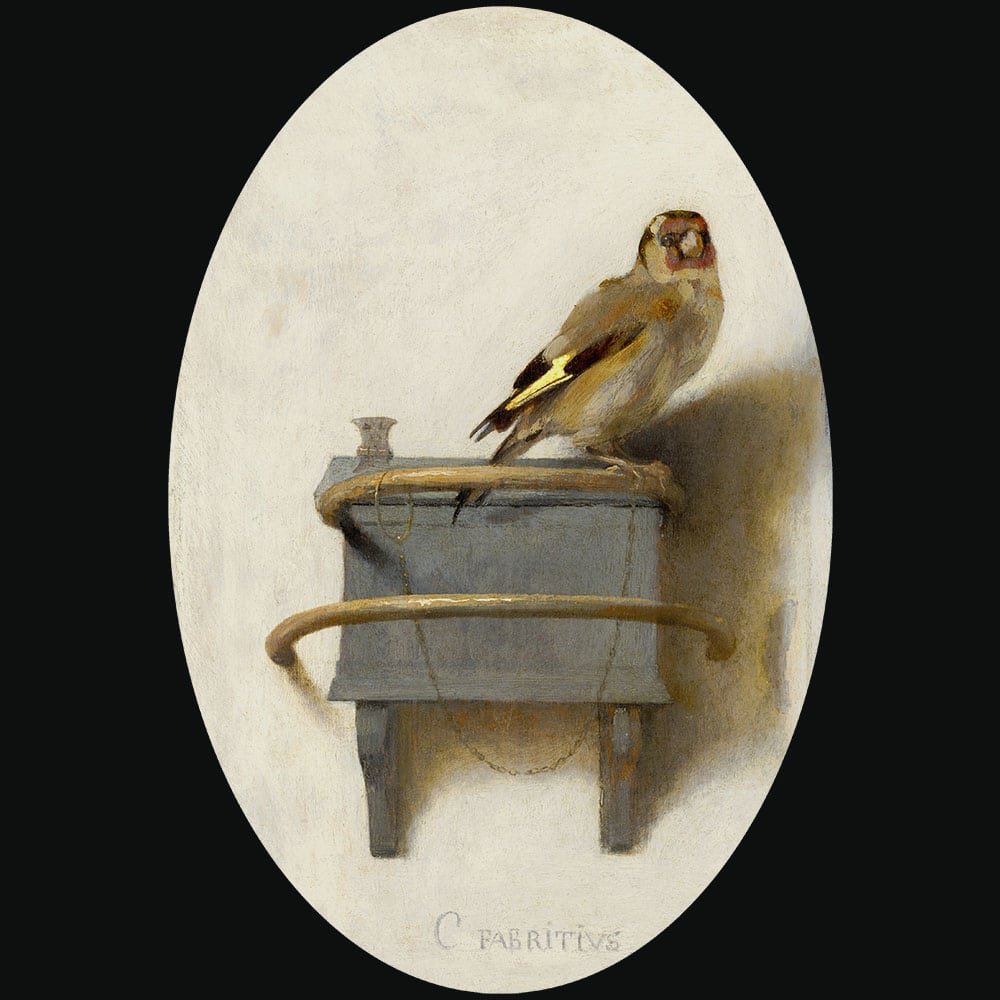 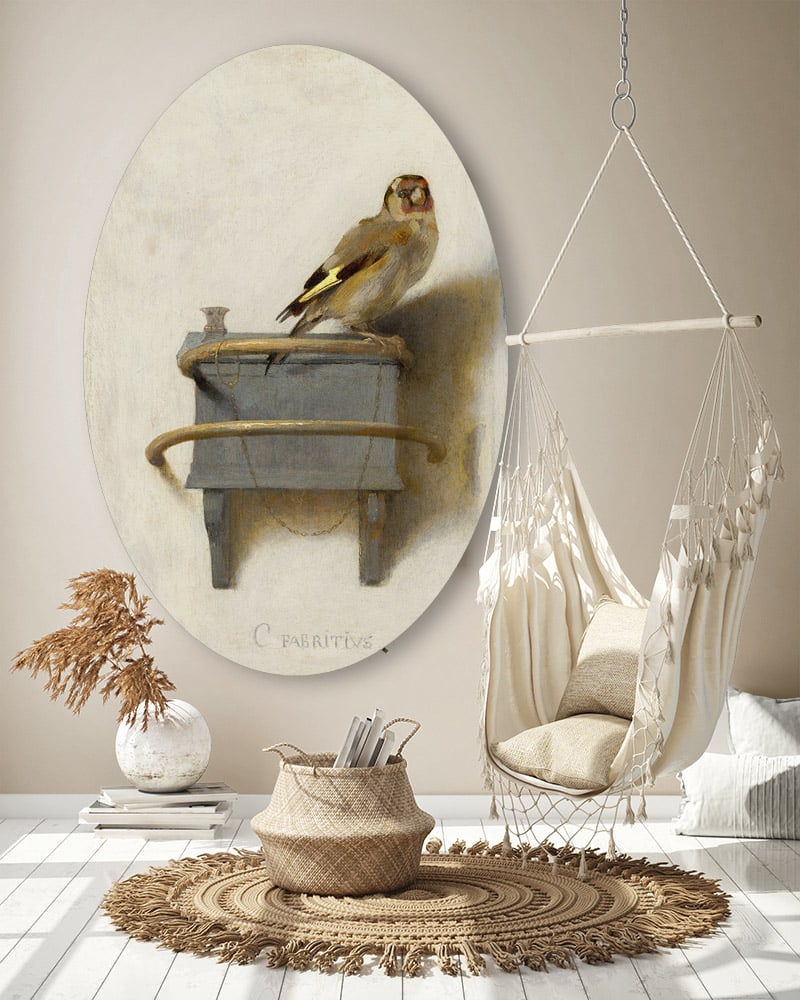 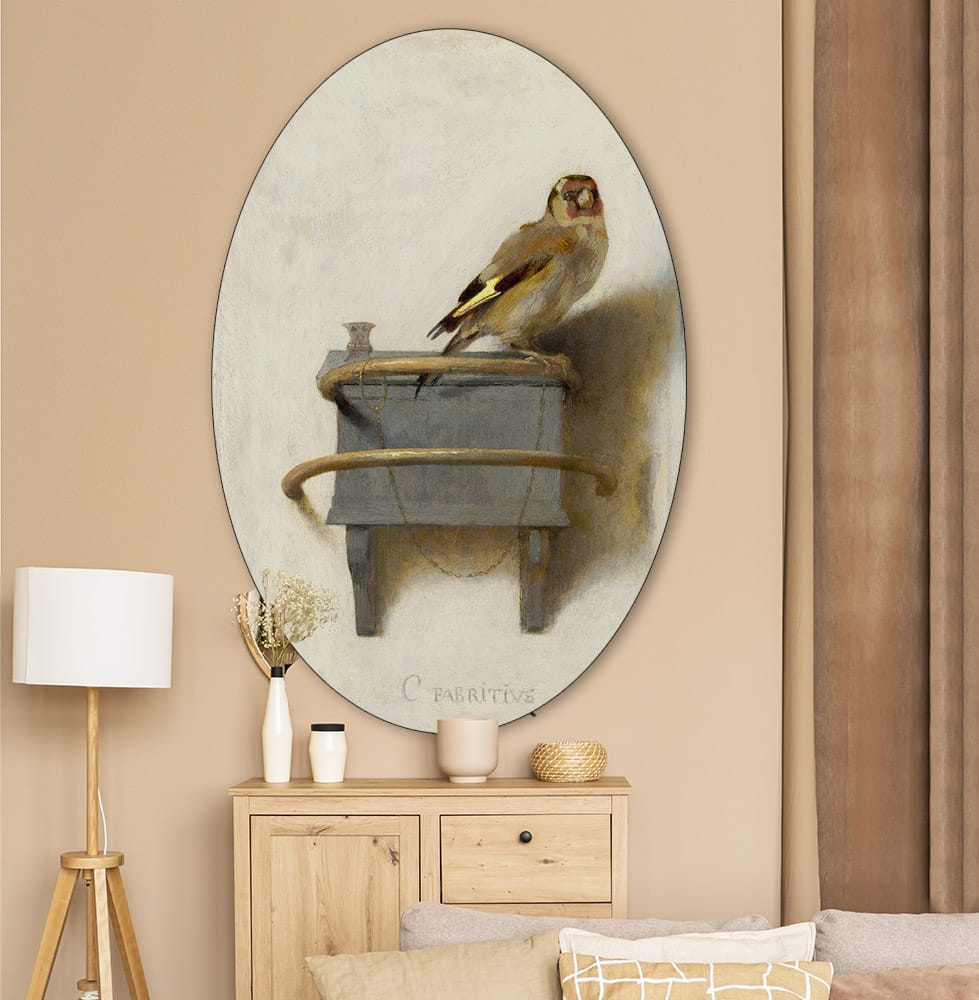 Fabritius' Little Putter in the oval on your wall

Do you want this beautiful old master by Carel Fabritius in the oval on your wall? Choose your favourite size and order. You can count on

high-quality print on velvet
including black MDF frame
available in different sizes
your oval master is delivered assembled
prices include frame and velvet canvas
In the Netherlands, shipping costs are included. There will be a surcharge for delivery of the oval frames to the Wadden Islands, Zeeland and Zeeuws-Vlaanderen. Unfortunately, the round frames are not (yet) supplied outside the Netherlands.

The goldfinch is one of the most famous birds in the history of art. It can be recognised by the red mask on its head and the bright yellow stripes on its wings. In the 17th century, the Goldfinch was kept as a pet with a chain on its leg and could be taught to draw water from the water bowl. Hence the name Putter. When Carel saw this, he wanted to capture it in a painting. Carel painted the bird against a pale white wall so that he could also make use of the shadow.

The little putter is meant to deceive the eye. Just as real. Yet Fabritius worked anything but 'photographically'. The way he did it can even be seen from close by: intuitively, with brushstrokes, smudges, thin and thickly applied, splotches and ridges, a scratch in the paint. In this freedom you can recognise the influence of Rembrandt, for Carel Fabritius was apprenticed to Rembrandt van Rijn around 1642/1643.

During an explosion in the Delft Kruithuis, Carel's house and studio were hit and both burned down. Carel Fabritius even lost his life. It is suspected that small dents in the masterpiece The Putterertje, which came to light during restoration, are the result of grit/weed impact from this explosion.

The Putter is one of the smallest paintings and came into prominence after the publication of the book by the American writer Donna Tartt called "the Putter".

The Putter is on display in the Mauritshuis in The Hague. 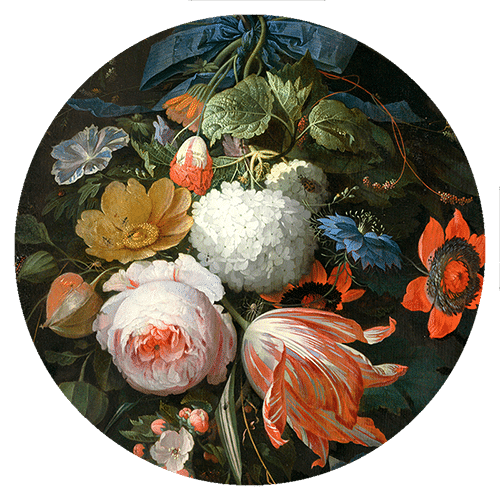 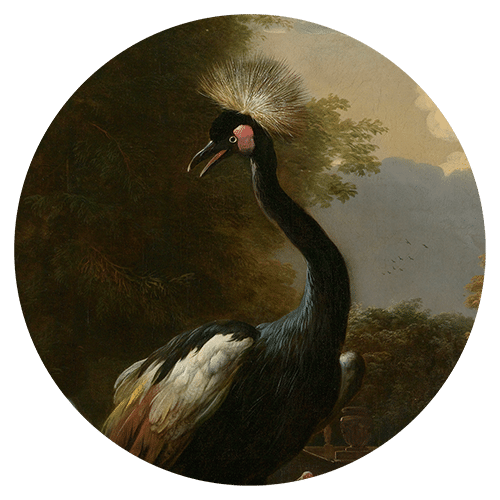 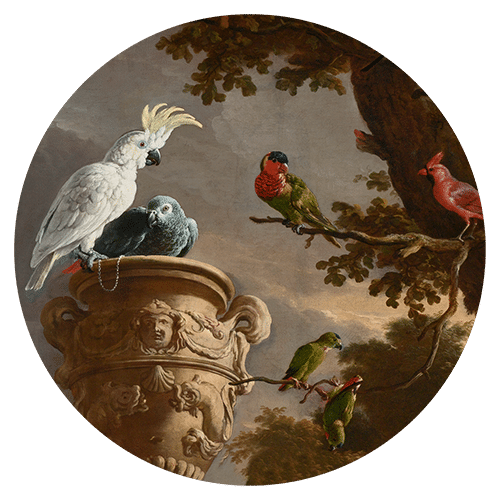