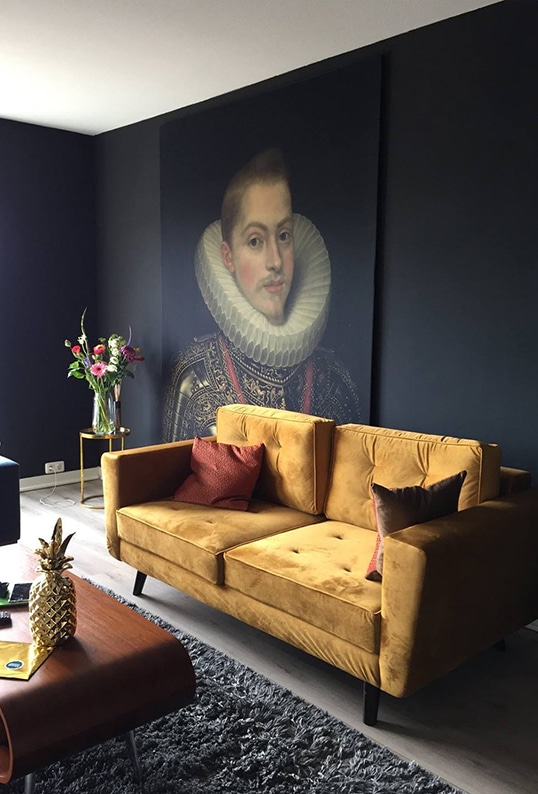 Masterpiece Philip III, King of Spain by Frans Pourbus Atelier on your wall

Frans Pourbus II painted this portrait, commissioned by King Philip III ( 1578 - 1621 ). Dressed in his armour, around his neck is a chain with the insignia of the Order of the Golden Fleece.

Philip III was born in Madrid on 14 April1578. His parents were Philip II of Spain and Anna of Austria. After the death of his father in 1598, Philip III became the king of Spain, Naples, Sicily and as Philip II, king of Portugal. His nickname was "El Piadazo" (the Pious).

On 18 April 1599, Philip married his second cousin, Margaret of Austria. Together they have 8 children. Their eldest daughter Anna Maria later married King Louis XIII of France. On 31 March 1621, Philip III died in Madrid.

From Francis III's wife, Margaret of Austria, Frans Pourbus II made a portrait.