Girl in white kimono by George Hendrik Breitner on your wall? -Muurmeesters 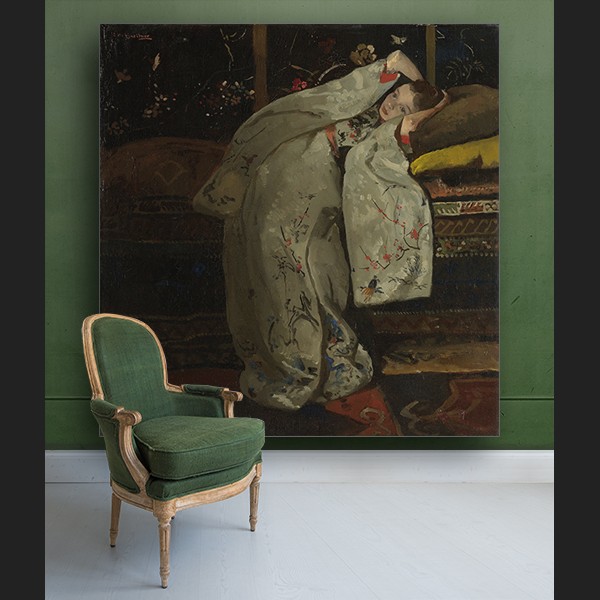 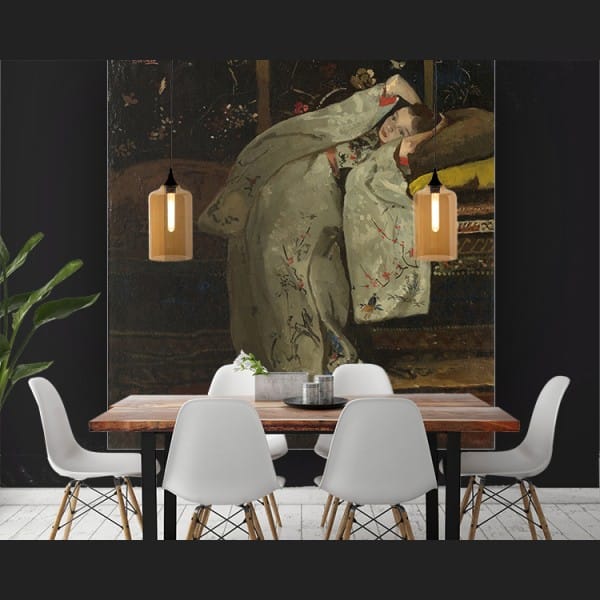 The painting Girl in white kimono shows the frail sixteen-year-old hat-seller from the Jordaan, Geesje Kwak. In the painting, Geesje is lying relaxed, but also somewhat artificially, on a divan. Around her are oriental-tinted interior pieces, which radiate a certain tranquillity. George Hendrik Breitner depicted her somewhat one-dimensionally, with her head to the left. The composition differs from Breitner's rougher work from the preceding and following years and is painted in a form-fitting style, just like the rest of his kimono paintings. The works are more intimate and less moving.

A MASTERPIECE BY BREITNER