Girl with a Pearl Earring by Johannes Vermeer - Wall masters 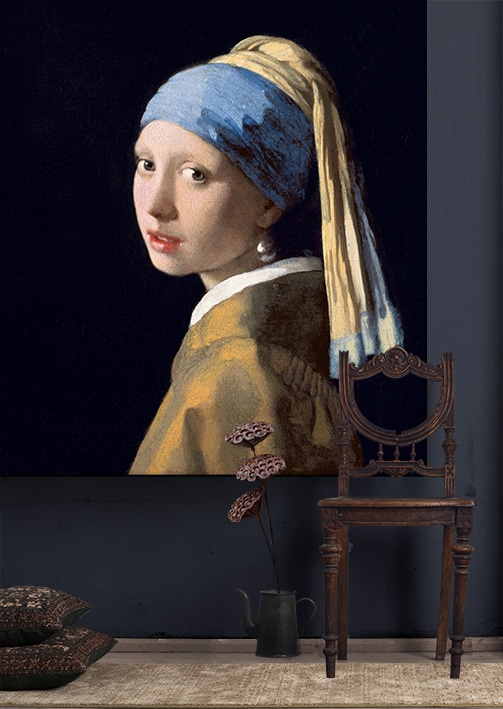 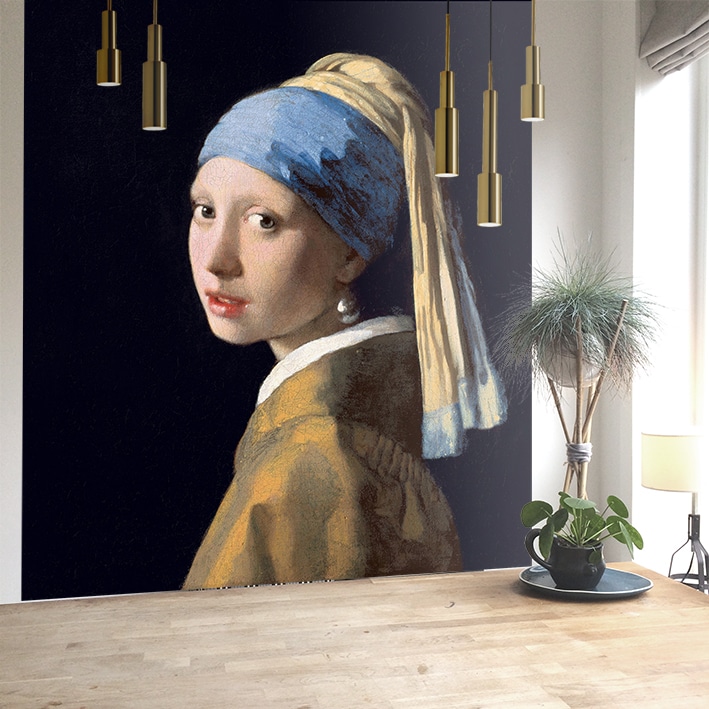 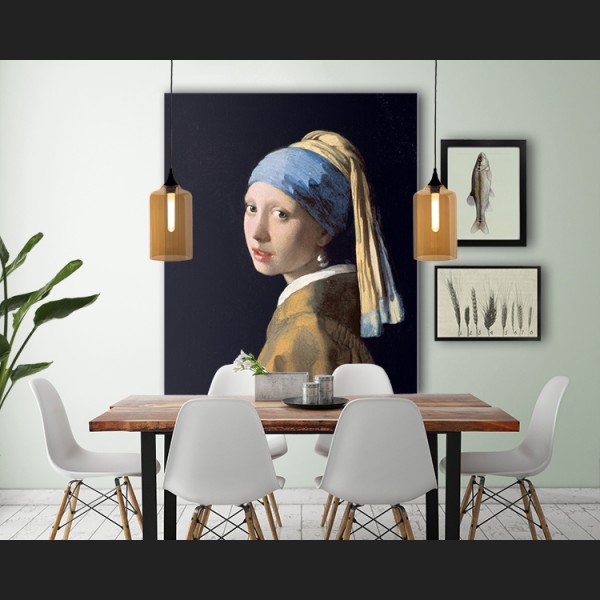 The Girl with the Pearl Earring by Johannes Vermeer

Vermeer's Girl with a Pearl Earring is a so-called tronie - a study of a striking face, character or facial expression - a genre that became popular in the 17th century through the work of Rembrandt. Models are almost always anonymous and none of Vermeer's models have ever been identified. Although Vermeer's daughter - who was then twelve or thirteen years old - is mentioned as a possible model, she has never been identified. Girl with a Pearl Earring mentioned, but there is no evidence.

The painting shows a girl wearing a blue turban and a yellow cloth falling down. The colour of the headgear forms a contrast to the brownish jacket with the white collar. The 'pearl' - probably a glass, lacquered drop earring given its size - catches the eye immediately. Similar earrings are also worn by the models in the paintings the girl with the red hat and the girl with the flute.

The girl with the pearl earring, with her uninhibited look, seems to seek direct contact with the spectator and creates a surprised impression. Her half-opened mouth makes it seem as if she is about to say something. Her moist, extra red lips create a sensual aura.

Read more about the life and work of John at his painting page.

This masterpiece by Johannes Vermeer can be admired in the Mauritshuis in The Hague.

A MASTERPIECE BY JOHANNES VERMEER

Would you like to have this beautiful masterpiece on your wall? Choose your favourite artwork in your desired size. Also take a look at the other paintings from John!