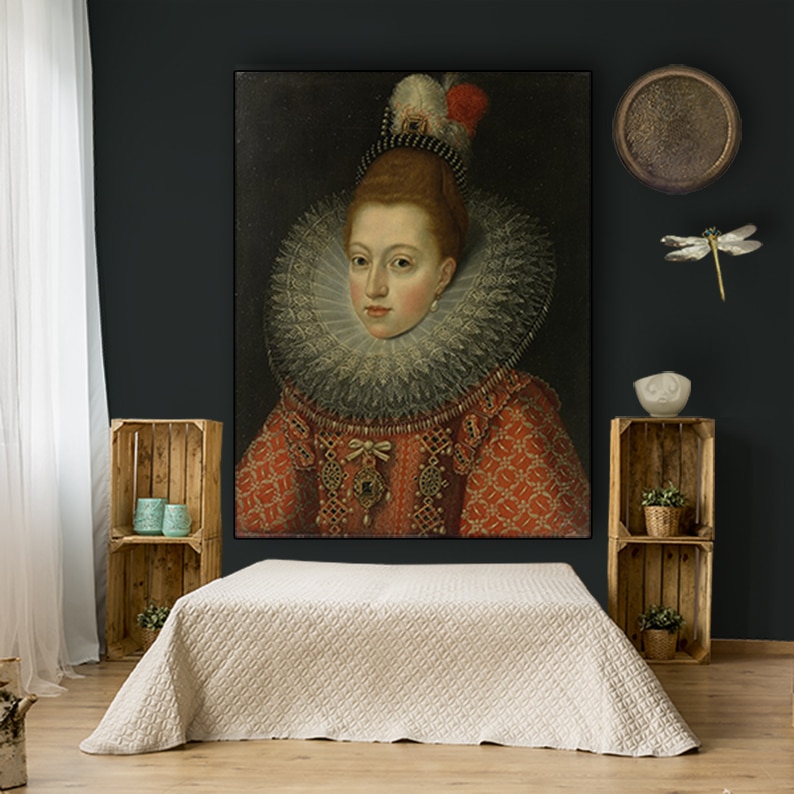 Masterpiece Margaretha of Austria by Frans Pourbus Atelier on your wall

THE PAINTING MARGARETHA OF AUSTRIA - CA. 1600

Frans Pourbus made this portrait by order of Margaret of Austria ( 1584 - 1611 ). In the painting, Margaret is wearing a large diamond, El estanque (The Pond), with a large pearl, La Peregrina (The Pilgrim), underneath, which she wears in several paintings.

Margaret was born in Graz on 25 December 1584 and was the 11th child of Charles II of Austria and Maria Anna of Bavaria.