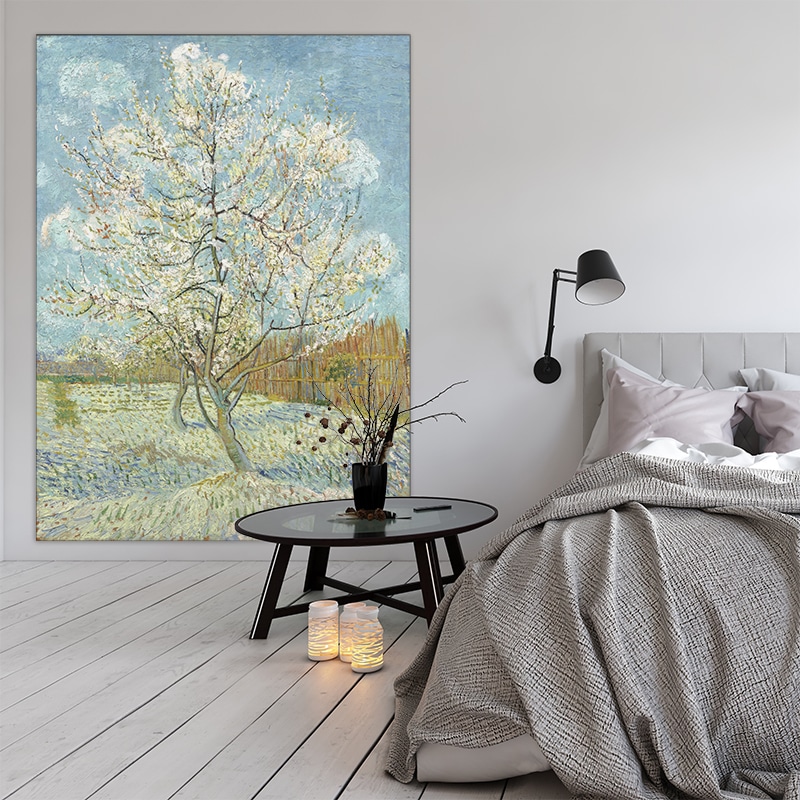 Van Gogh painted many fruit orchards during his first weeks in Arles. There is an almost identical earlier version of this painting, which Van Gogh completed in one sitting. I had worked outside in an orchard on a canvas of 20, a ploughed piece of land in lilac, a thatched fence, two pink peach trees against a brilliant sky in blue and white, probably the best landscape I have made,' he wrote.

On his return home, he saw the obituary of his uncle by marriage, Anton Mauve (1838-1888), the famous painter he had once had lessons with. He dedicated that first work to Mauve. He later made this new version to send to Theo.

Masterpiece The pink peach tree by Vincent on your wall?