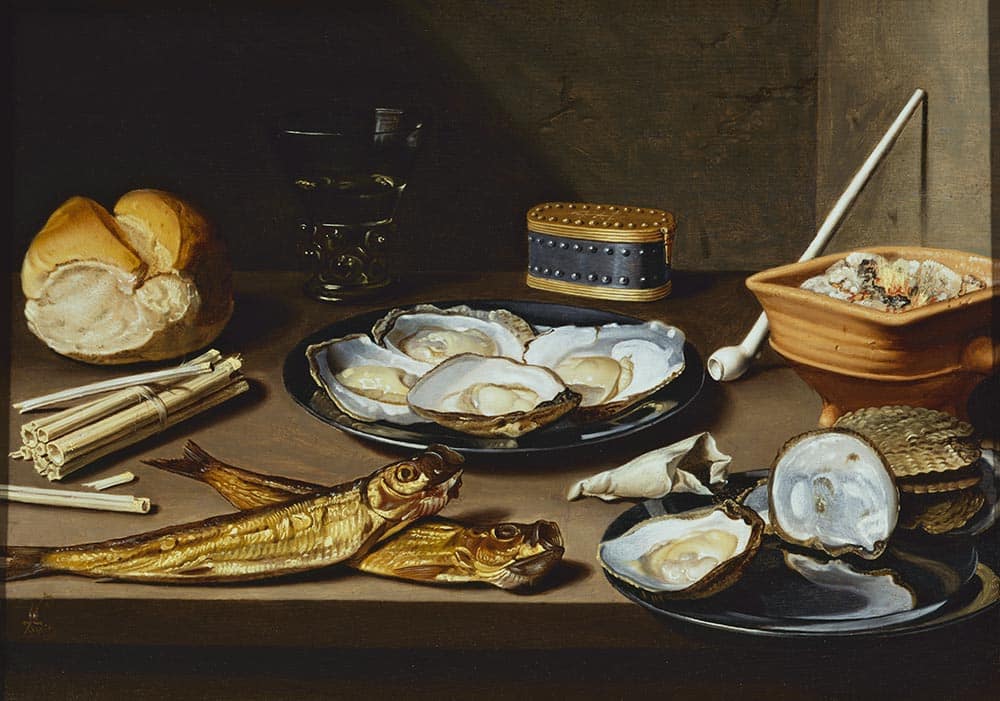 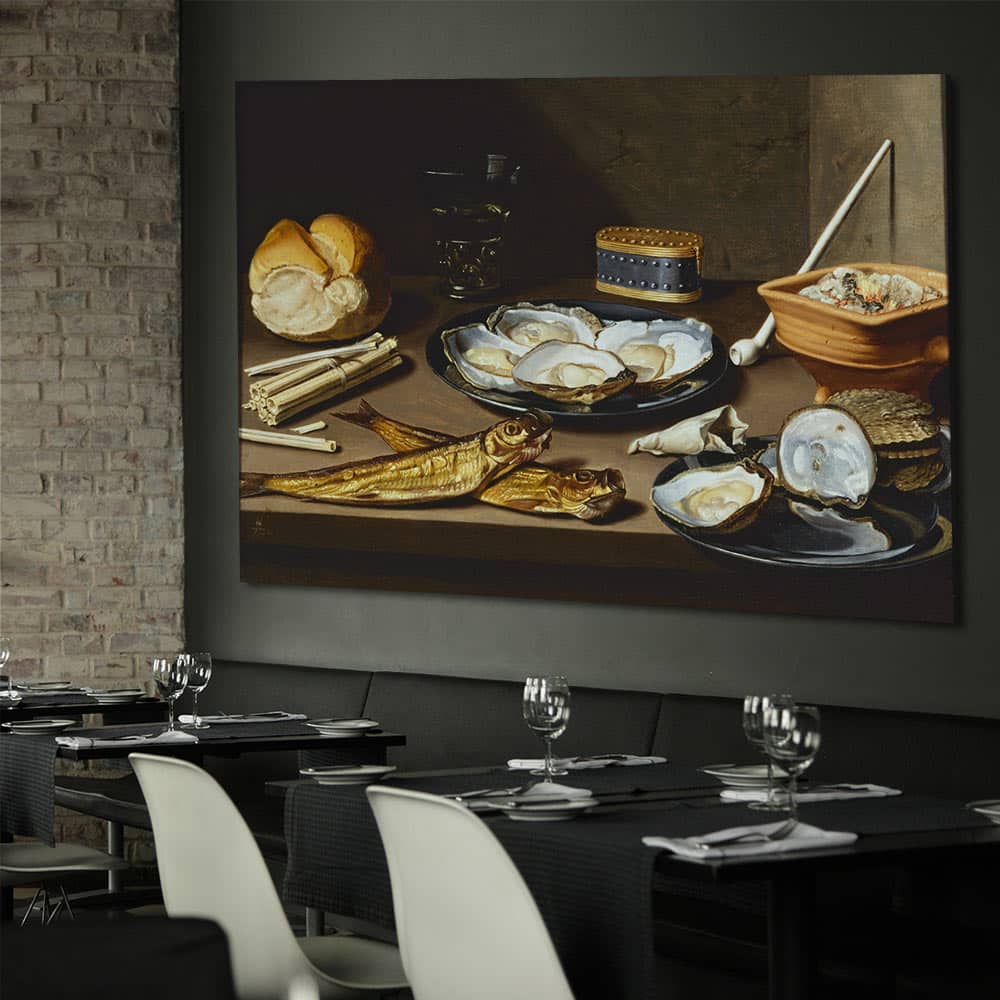 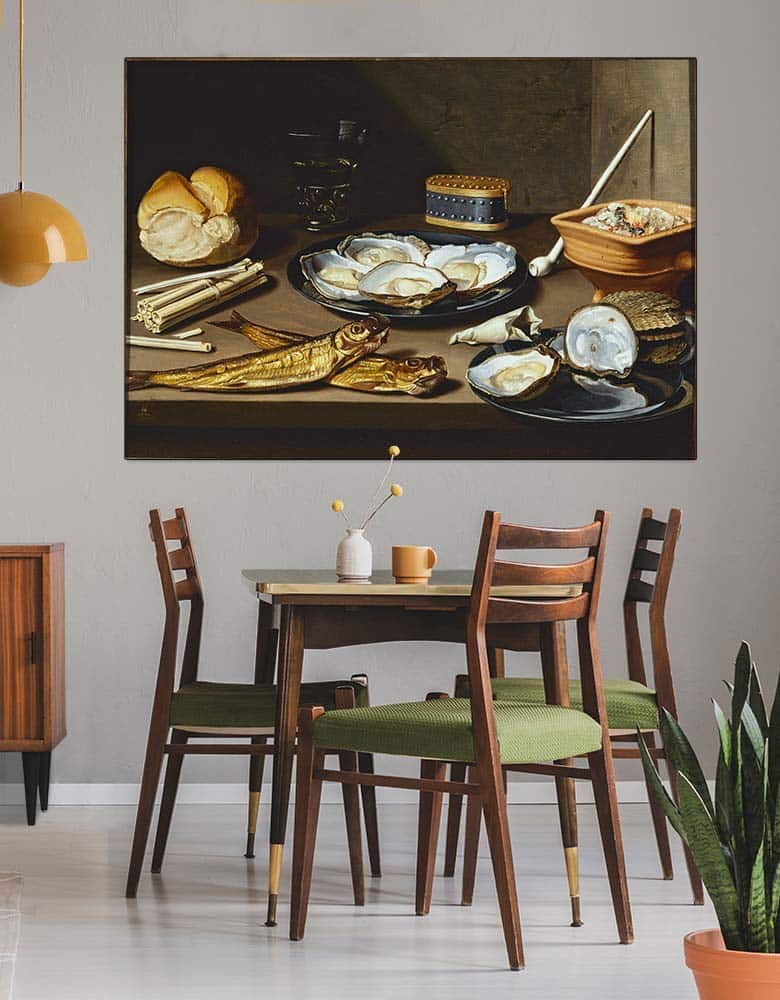 On the table is bread and wine, as well as fish and oysters. On the left are straws, to be used as kindling, and on the right a pipe. In the background is a tinderbox, a box of flints and highly inflammable material. The viewpoint is high, so that it seems as if the viewer is looking at the table from above. This intimate work is a rare example of Floris van Schooten's still lifes from the 1620s. The horizontal composition, made up of loosely juxtaposed elements, is also characteristic of still-life art from the first quarter of the 17th century.

The display of objects seems accidental, as if they were already on the table and were spontaneously captured in paint by the painter. Whereas many objects are readily available to the modern observer, this was not the case in the seventeenth century. Except for the herrings, these were luxury objects, reserved for the well-to-do elite. The objects were regularly criticised by moralists because they referred to lust, such as the pipe - ready to be lit, and the oysters - gleaming in their shells.

Whether Floris van Schooten also ascribed this moralising function to the painting is unclear. In any case, the objects on the table gave him an excellent opportunity to show how virtuoso he was at rendering the various materials and substances.

The painter Floris van Schooten was born and raised in Haarlem, worked there and is buried in the Grote or St. Bavo church. He mainly painted breakfasts, fruit still lifes, markets and kitchen pieces. He is also known to have painted a few Biblical history paintings. Floris van Schooten was a member of the St. Lucas guild and became its dean in 1639.

This masterpiece by Floris van Schooten is part of our collection 'Haerlemsche Meesters' and is on display in the Frans Hals Museum location Hof in Haarlem.

CREDIT: With thanks to 'Donation drs J-P. de Man' and the Rembrandt Association

STILL LIFE BY FLORIS VAN LAPEN ON YOUR WALL?

Do you want an impressive masterpiece of Floris on your wall? Choose your desired size