Sunflowers by Vincent van Gogh on your wall? - Muurmeesters 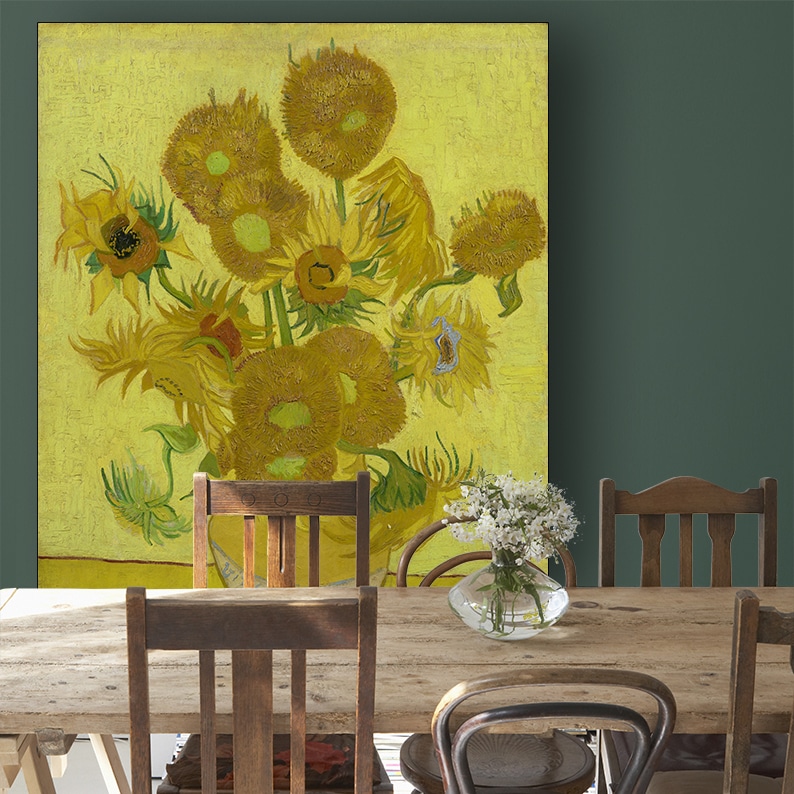 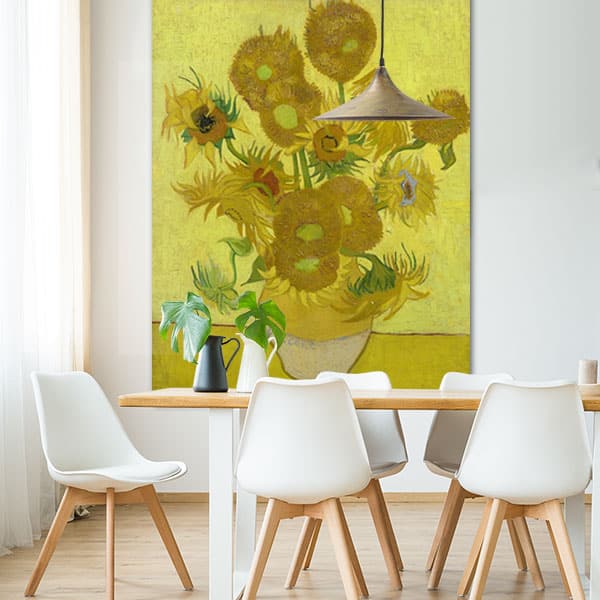 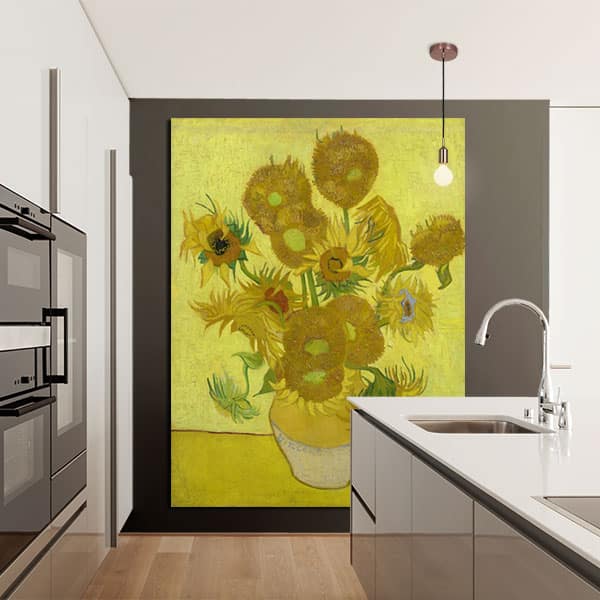 The Sunflowers are among Van Gogh's best-known paintings. He made them in Arles, in the south of France, in 1888 and 1889. In total he painted five large canvases of sunflowers in a vase, with three shades of yellow 'and nothing else'. In this way he showed that it was possible to create a depiction with many variations of a single colour without losing expressiveness.

Van Gogh's paintings of sunflowers had special meaning. They expressed 'gratitude', he wrote. He hung the first two in the room of his friend Paul Gauguin, the painter who came to live with him for a time at the Yellow House. Gauguin was impressed by the sunflowers, which he said were 'completely Vincent'. Van Gogh had already painted a new version during his friend's stay and later Gauguin asked for one as a gift. Van Gogh was reluctant to do so. He did paint two free repeats, one of which hangs in the Van Gogh Museum.