Damrak in Amsterdam by George Hendrik Breitner on your wall? - Wall masters 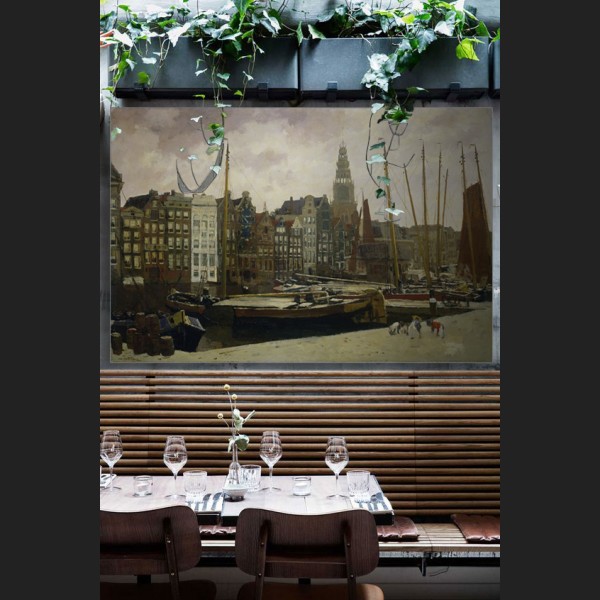 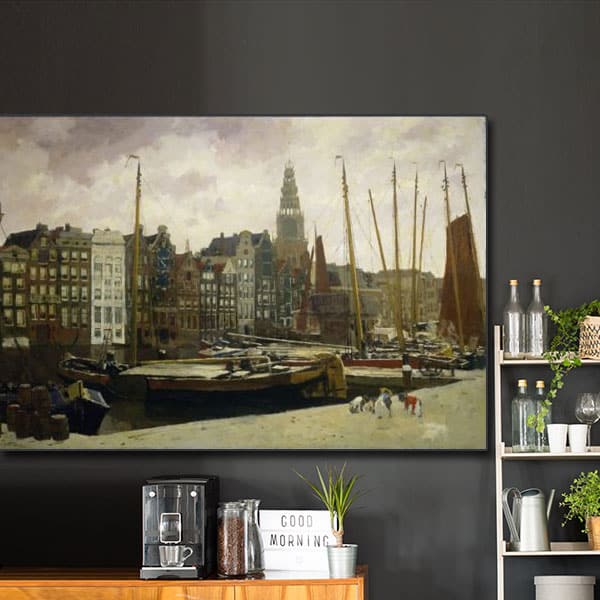 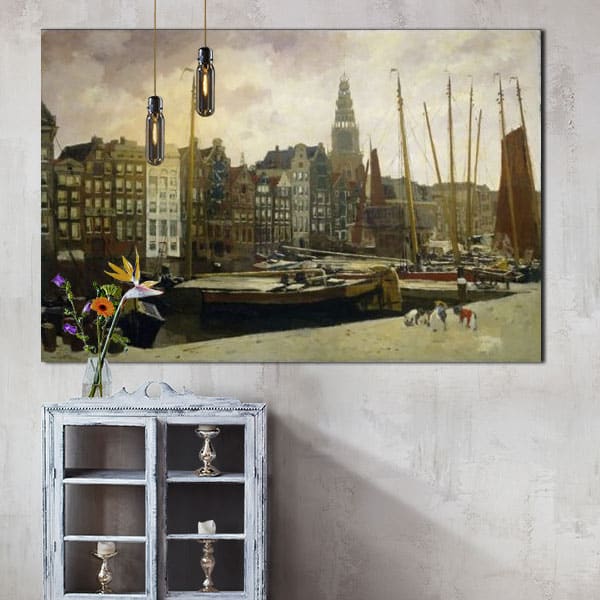 A masterpiece by Breitner on your wall?

THE PAINTING DAMRAK IN AMSTERDAM BY GEORGE HENDRIK BREITNER

George Hendrik Breitner is known, among other things, for his work in which he recorded everyday life in Amsterdam, often based on photographs he took himself. painting The Damrak in Amsterdam.

The open connection between the Damrak and the IJ was blocked by the Central Station in 1889, making the Damrak an inland harbour. On The Damrak in Amsterdam, George Breitner painted the houses on the Warmoesstraat and the Oudekerkstoren. In the photograph that he used for the painting, the Koopmansbeurs was also under construction. However, the painting shows a sailing ship at this spot, and the Koopmansbeurs has been omitted.

Read more about the life and work of George Breitner on his painting page.