The Jewish bride by Rembrandt van Rijn on your wall? - Wall masters 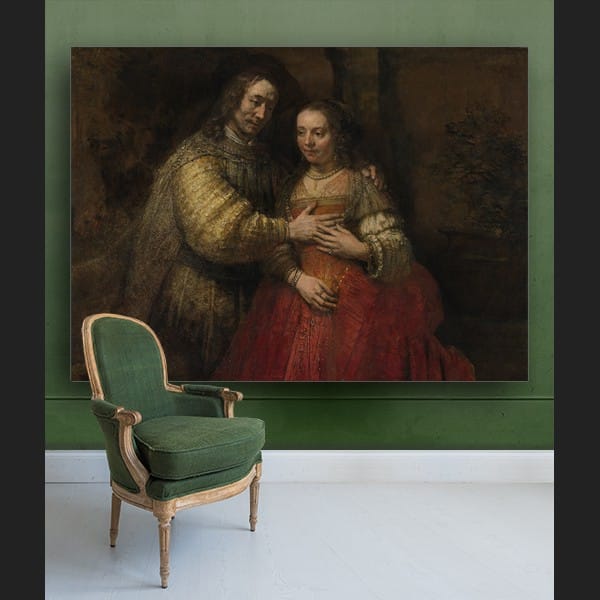 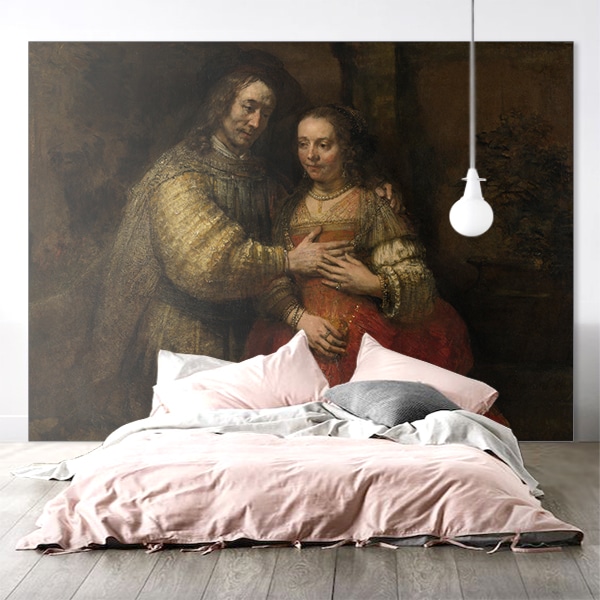 The painting The Jewish bride by Rembrandt van Rijn shows a man and a woman in a close embrace. The title should not be taken too literally. It is not clear whether the woman is Jewish or whether she is the bride of the man in the painting. One can only speculate about who exactly is depicted on the canvas. It is possible that Rembrandt painted The Jewish bride on commission and that the couple were portrayed as Biblical figures, such as Ruth and Boaz or Isaac and Rebekah. Similar portraits were common in Rembrandt's time.

There are art historians who believe they recognise Rembrandt's son, Titus van Rijn. In 1668, he married Magdalena van Loo. However, Jac. Zwarts identified the couple in 1929 as the Jewish couple Miguel de Barrios and Abigail de Pina. It has also been suggested that they might be Bartholomeus Vaillant and Elisabeth van Swanenburg, the ancestors of Christiaan Everhard Vaillant, who was possibly the oldest known owner of the work.