The Singel Bridge at Palace Street by George Hendrik Breitner on your wall? - Wall masters 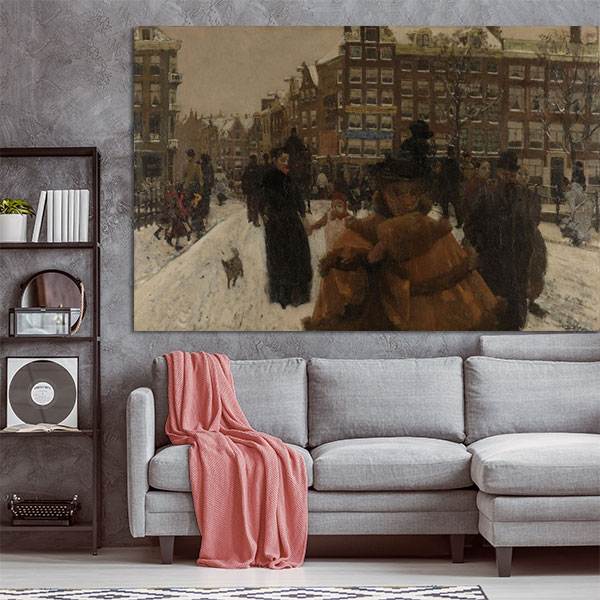 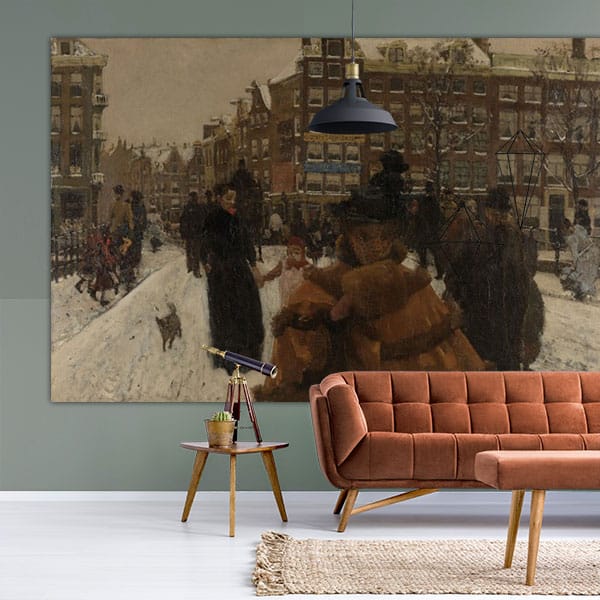 The Singel Bridge at Palace Street by George Hendrik Breitner

The painting The Singel Bridge near the Paleisstraat in Amsterdam (c. 1896) is one of the famous works by George Hendrik Breitner and is probably based on a photograph. The painting depicts a dark winter day as pedestrians cross the Singelbrug. The ground and the roofs are covered with wet, grey snow, which forms a beautiful contrast with the black and reddish-brown hues. Many people are walking back and forth, some of whom are represented in the painting by a few brushstrokes. On the left of the painting, girls are playing and on the right, a maid is depicted lifting her skirts slightly to prevent them from dragging in the snow. The Singelbrug, near the Paleisstraat in Amsterdam, depicts an everyday situation that Breitner managed to capture as a snapshot.

In the foreground is a woman, dressed in the latest Parisian fashion. She is wearing an orange-brown pelerine with fur trim. She is wearing a voile in front of her face and a hat with cockscomb feathers. It seems as if the woman is walking straight towards the viewer.

A MASTERPIECE BY BREITNER

The floating feather, a pelican and other poultry
MELCHIOR D' HONDECOETER