Vase with Chinese asters and garden lilies by Vincent van Gogh on your wall? - Muurmeesters 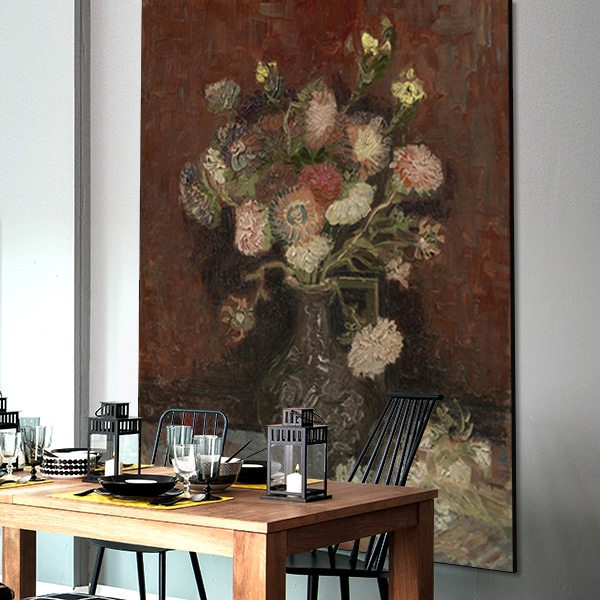 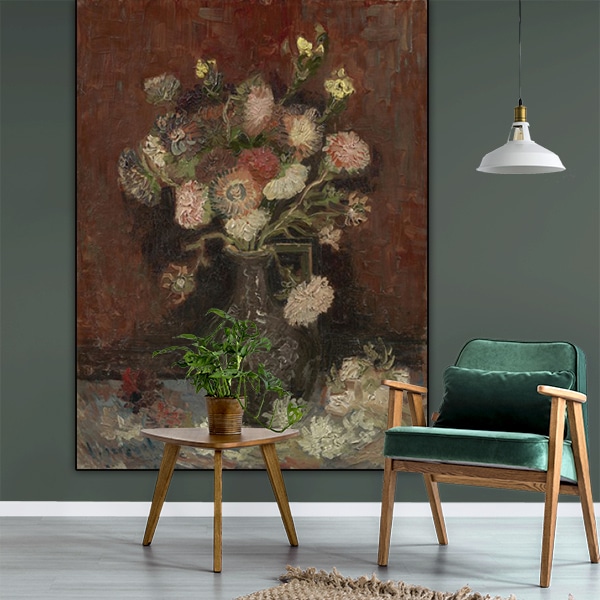 Van Gogh had never been frugal with paint. But after he became acquainted with the floral still lifes of Adolphe Monticelli (1824-1886) in June 1886, he went a step further. This French artist painted colourful bouquets with thick paint and emphatic brushstrokes. Van Gogh compared them to liquid clay. In still lifes such as Vase with Chinese Asters and Garden Lilies, you can see how robustly he put the flowers on canvas.

The depicted vase has been preserved. It is in the collection of the Van Gogh Museum. In reality it is smaller than in the painting. The depicted quantity of flowers would never fit in it.