Venus and Amor by Gerard van Honthorst on your wall? - Wall masters 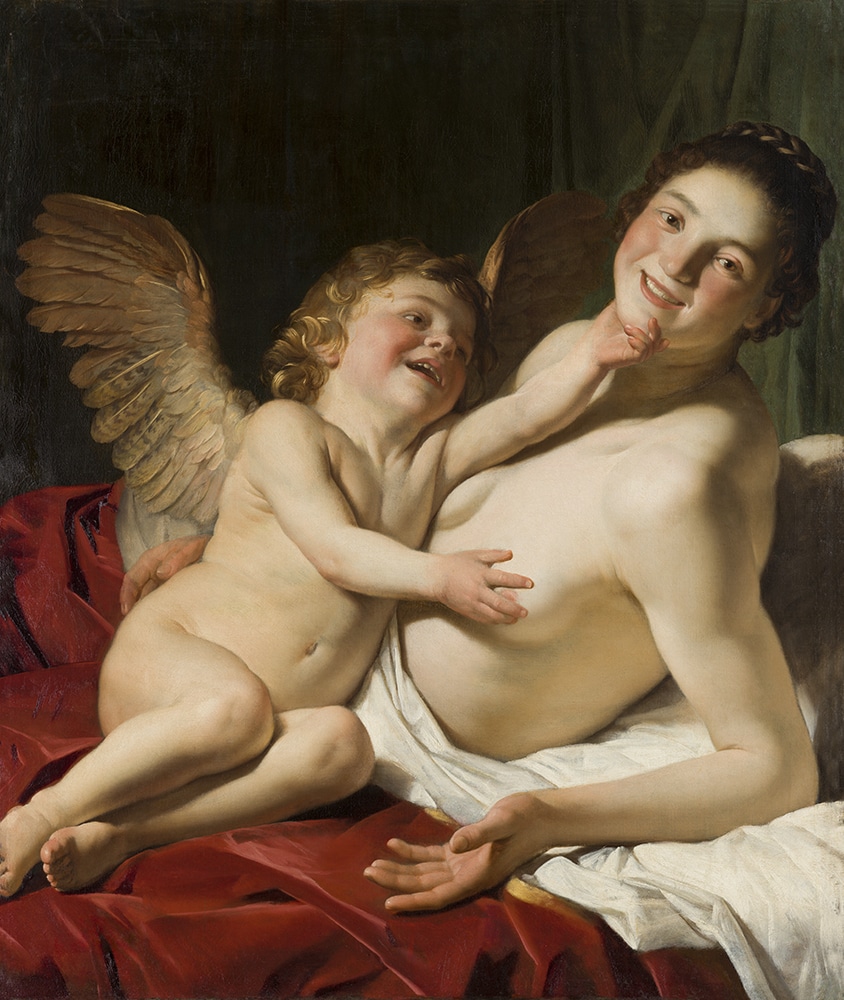 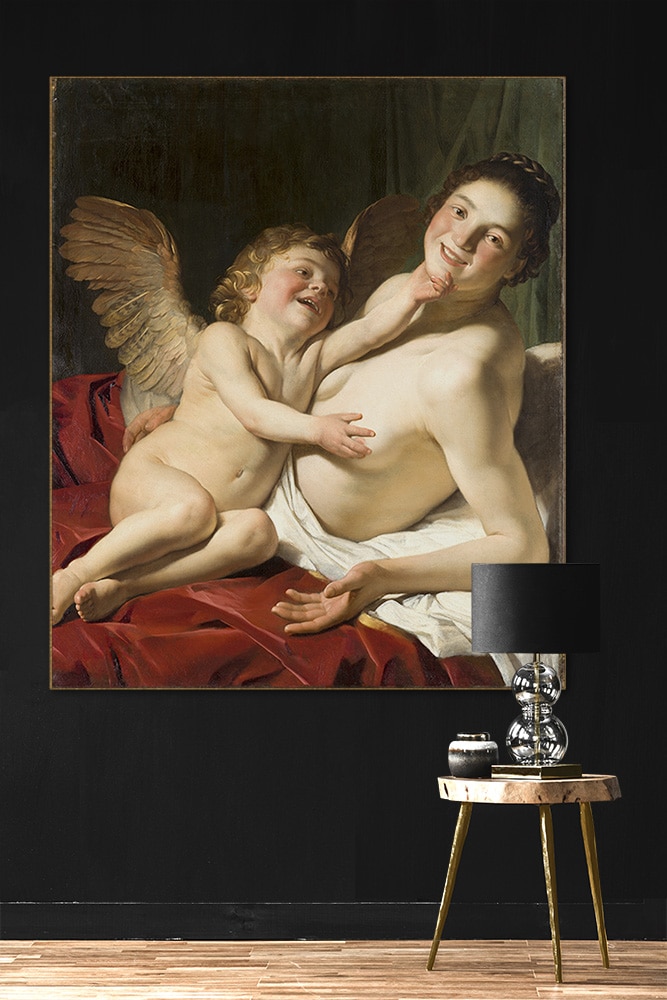 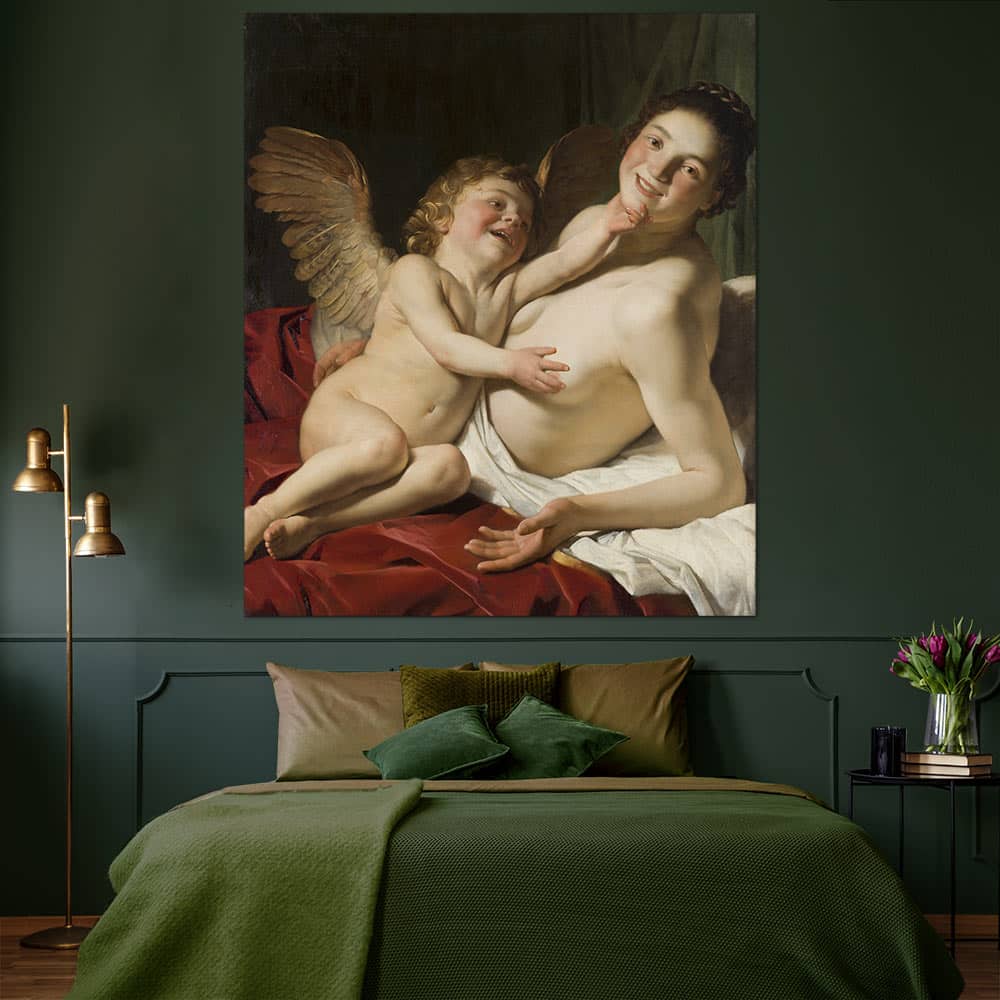 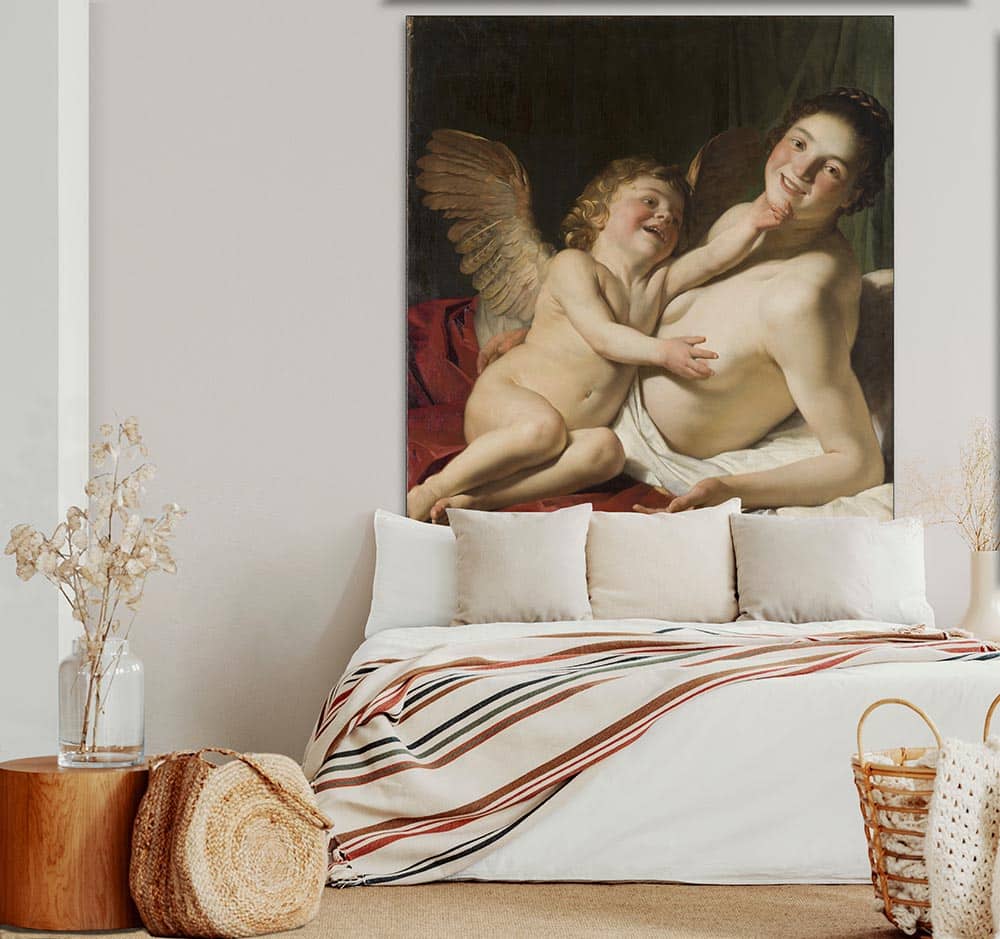 Amor has placed his hand on Venus' breast and is holding her chin. These are suggestive gestures, but Venus accepts the intimacies with a radiant smile. She turns to the viewer and makes an inviting gesture with her hand, as if asking the viewer to join her. Perhaps this Venus was once intended as an encouragement in the conjugal bedroom. The painting was long known to Roeloff van Zijl, but is now attributed to the studio of the Utrecht painter Gerard van Honthorst.

In 1616, Gerard van Honthorst left for Venice, Florence and Rome where he was influenced by Caravaggio. Gerard van Honthorst enjoyed international fame and received many commissions from the English King Charles I, Prince Frederik Hendrik, King Christian IV of Denmark and was court painter to Stadholder William II. Gerard is buried in the Catharijnekerk in Utrecht.

This masterpiece by Gerard van Honthorst is part of our collection of Haerlemsche Meesters and is on display at the Frans Hals Museum location Hof in Haarlem.

Creditline: Purchased with support of the Rembrandt Association

VENUS AND AMOR BY GERARD VAN HONTHORST ON YOUR WALL?

Do you want an impressive masterpiece by Gerard van Honthorst on your wall? View his paintings and choose your favourite painting in the desired size.