Seascape at Les Saintes-Maries-de-la-Mer by Van Gogh on your wall? - Muurmeesters 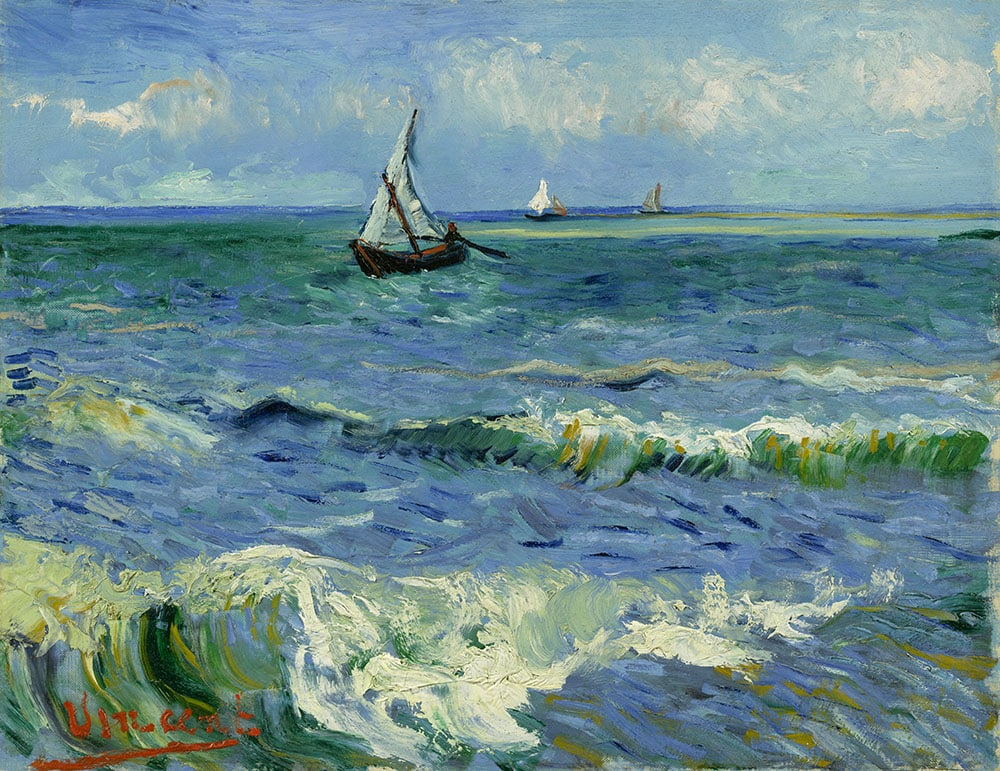 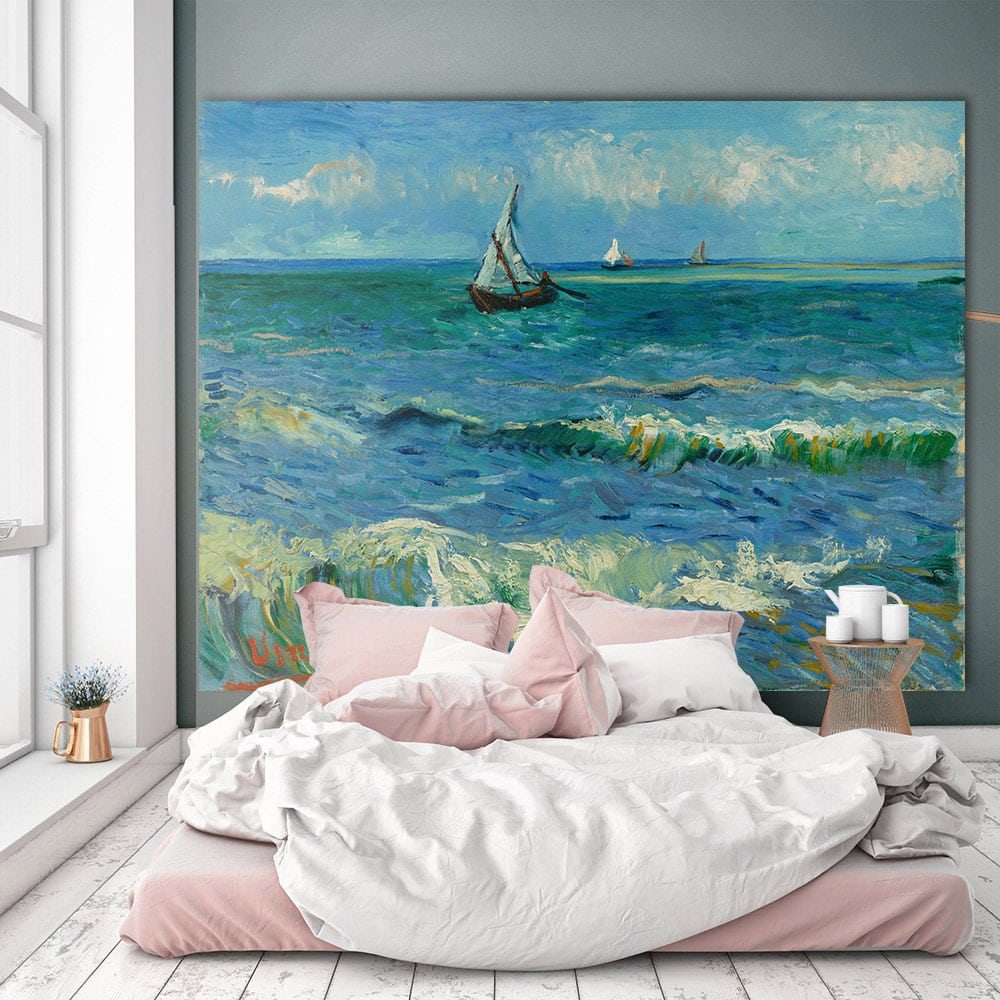 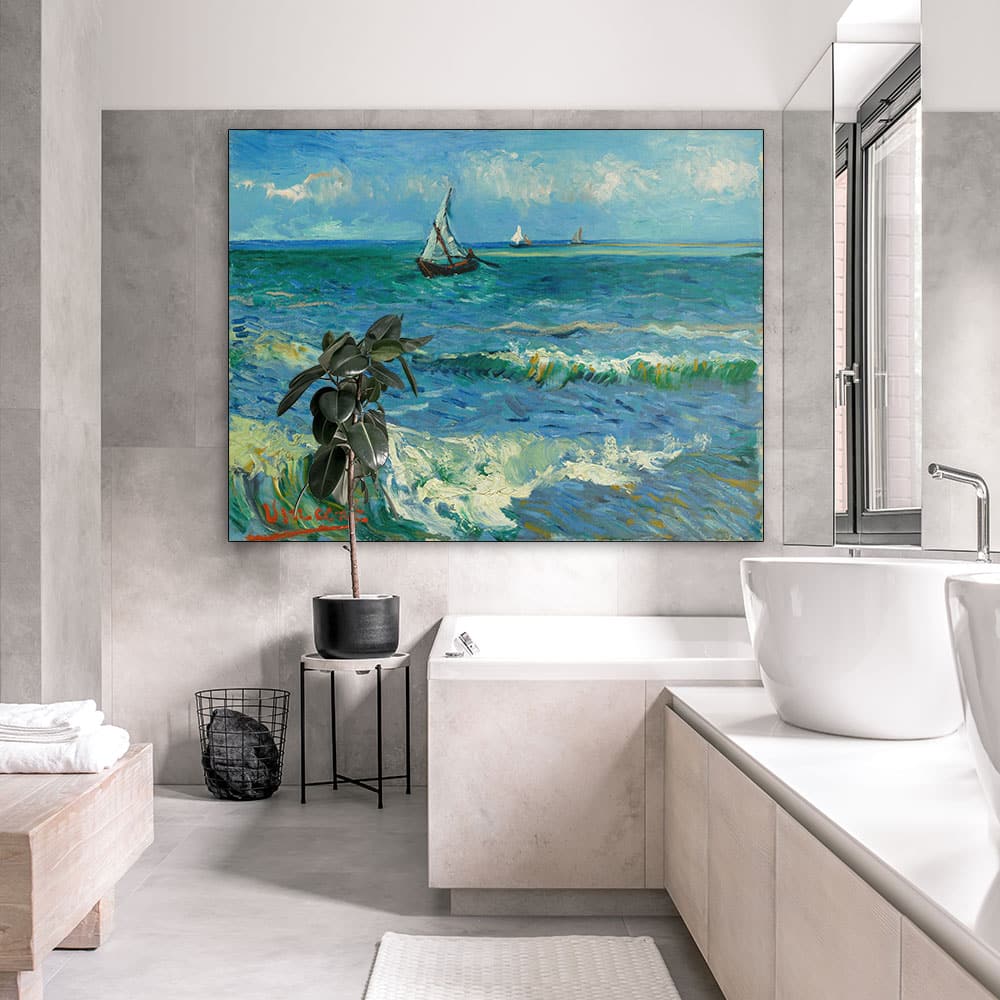 Van Gogh painted this seascape on the beach, according to grains of sand found in the paint layers. He painted it in the fishing village of Les Saintes-Maries-de-la-Mer, during a trip from Arles in southern France.

In addition to the blue and white that he brushed onto the canvas in broad strokes, he also used the colours green and yellow for the waves. He applied these with a palette knife, which beautifully captured the effect of light through the waves.

Van Gogh was enthusiastic about the colours of the Mediterranean. He described it as 'a colour like that of mackerel, that is, changing - you don't always know if it's green or purple, you don't always know if it's blue - because a second later the ever-changing reflection has taken on a pink or grey hue.' The bright red signature was placed prominently in the foreground: it had to be a 'red note in the green'.

SEASCAPE AT LES SAINTES-MARIES-DE-LA-MER BY VINCENT VAN GOGH ON YOUR WALL?

The floating feather, a pelican and other poultry
MELCHIOR D' HONDECOETER