Old vineyard with peasant woman by Van Gogh on your wall? - Muurmeesters 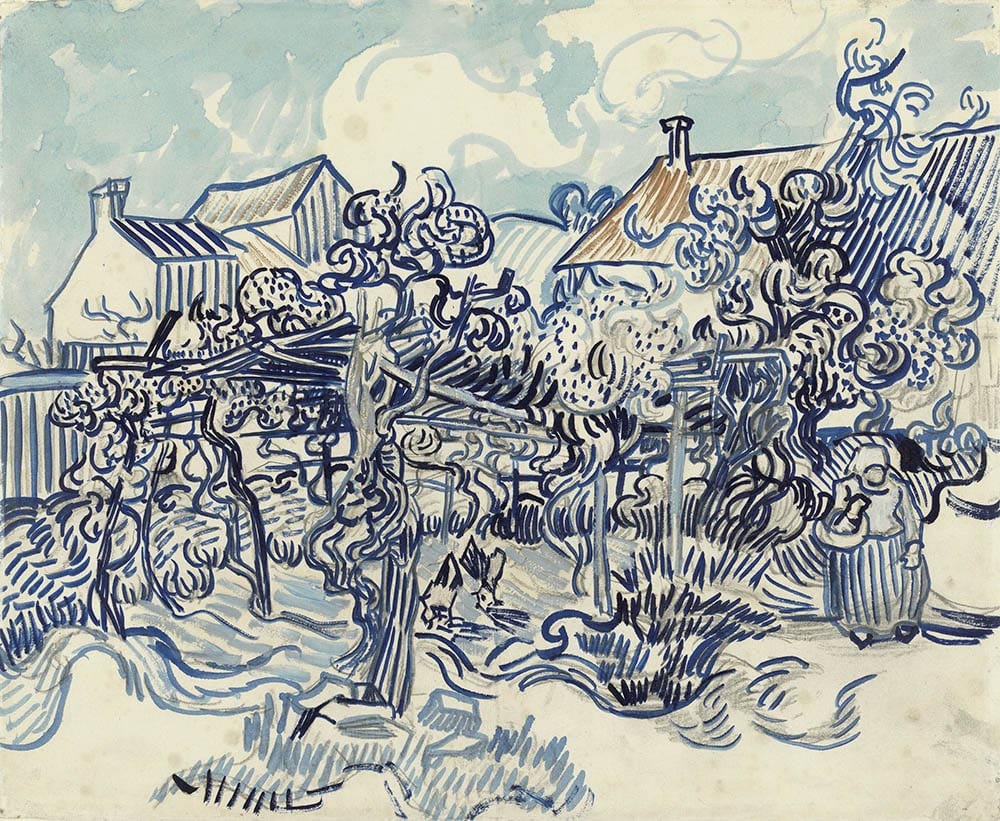 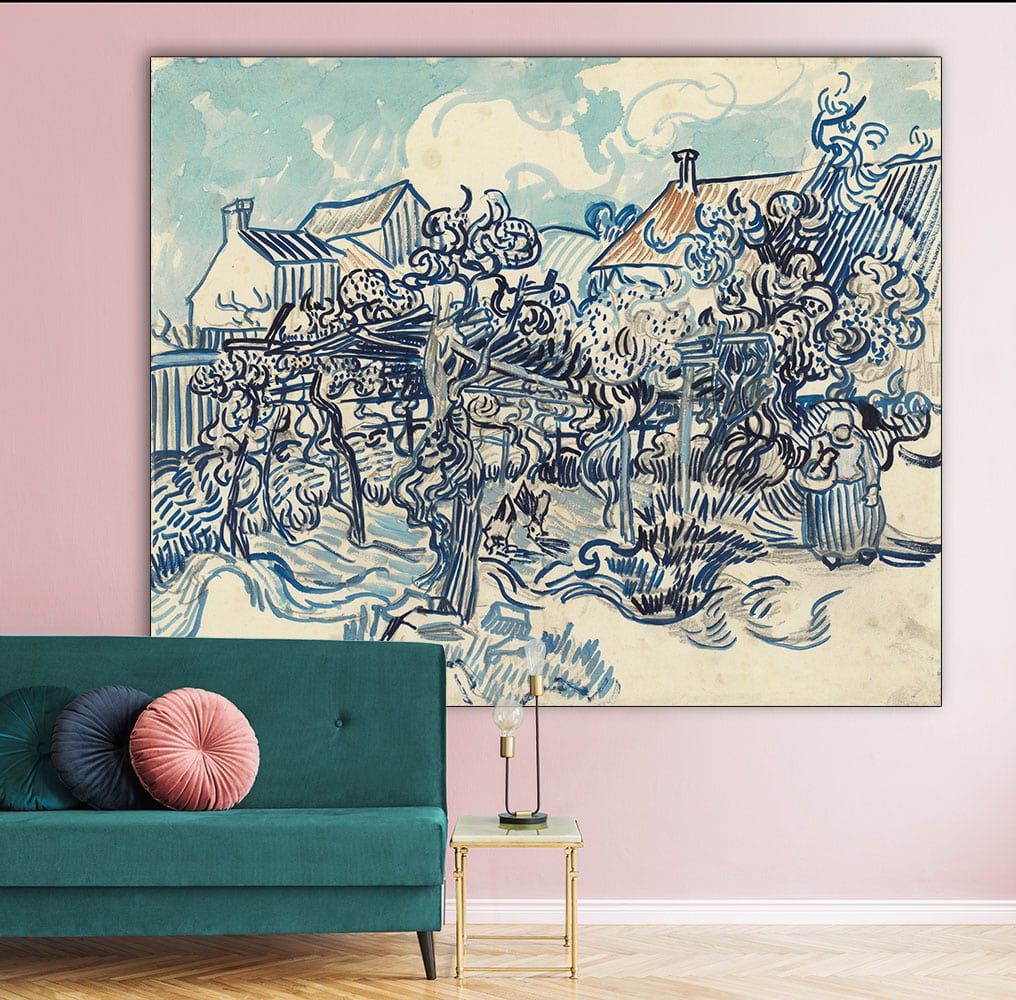 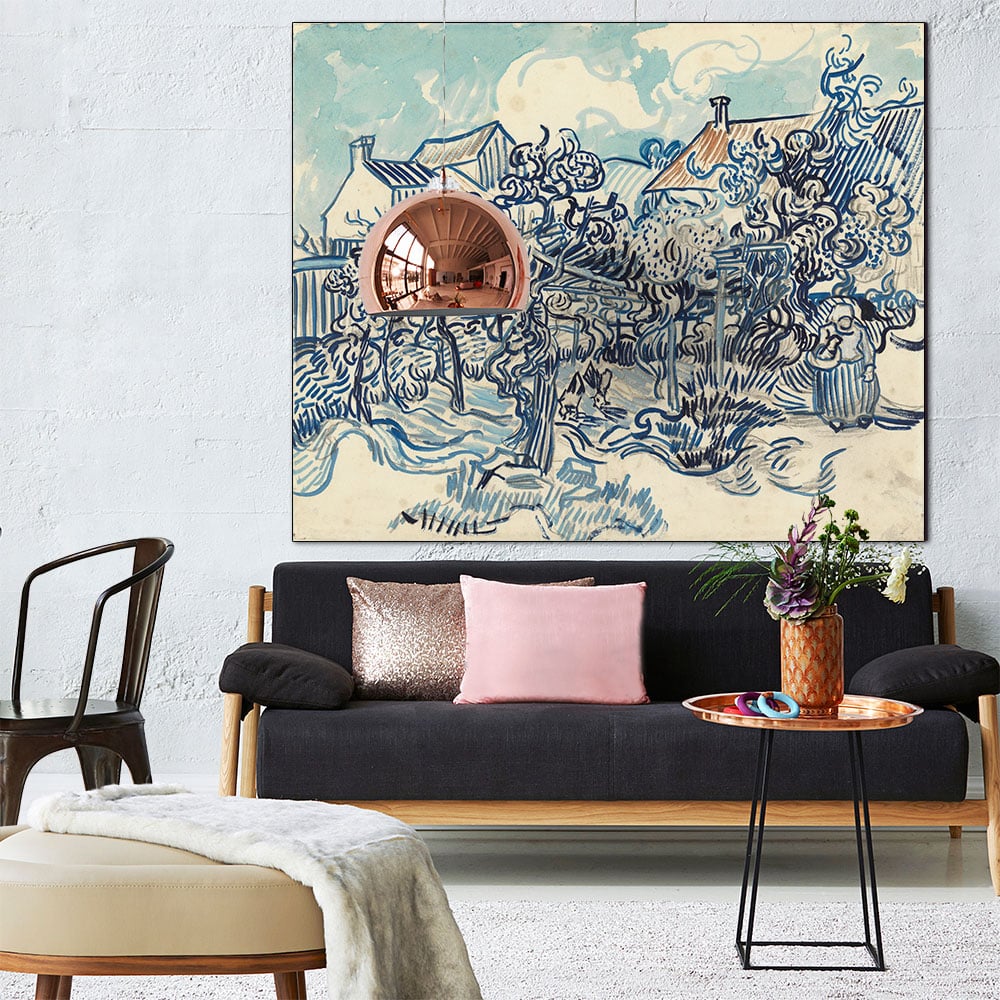 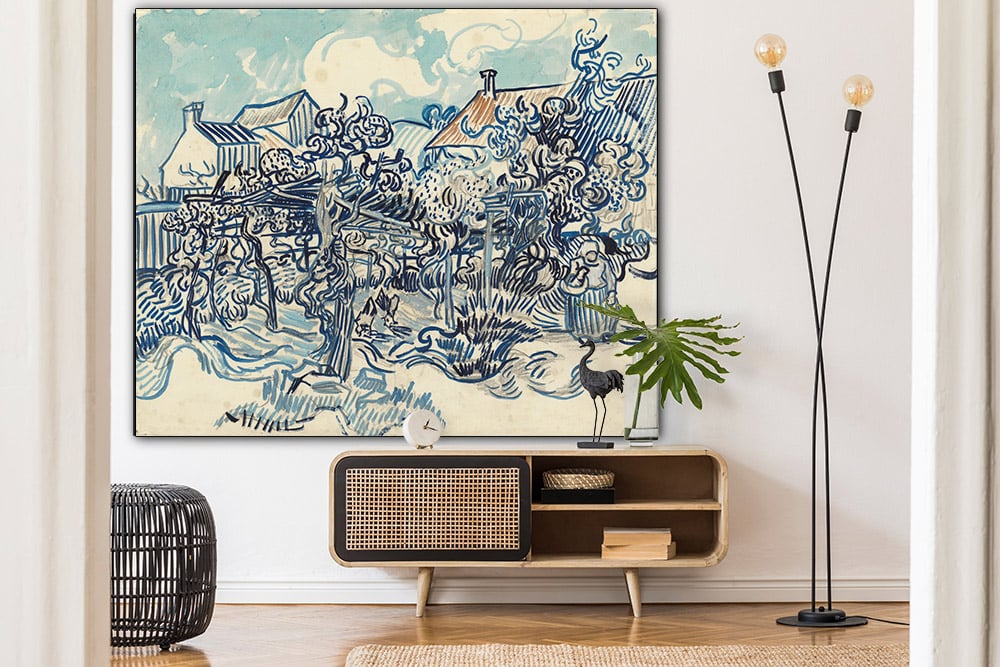 During the last months of his life, Van Gogh concentrated mainly on painting. He made only a few large, elaborate drawings, including this one of a vineyard in Auvers. The wavy lines can also be seen in his late paintings.

Van Gogh first made a drawing in pencil. He then added oil and water colours in various shades of blue. Some of the roofs were red, but these have since faded to brown. Because he left large parts of the paper uncovered, the white plays an important role in the picture.

This masterpiece by Vincent van Gogh is on display at the Van Gogh Museum in Amsterdam during the exhibition Van Gogh at work from 1 May 2013 - 12 January 2014. Read more about the life and work of Vincent van Gogh on his painter page.

OLD VINEYARD BY VINCENT VAN GOGH ON YOUR WALL?

MOOI: with your purchase you support the Van Gogh Museum Amsterdam!