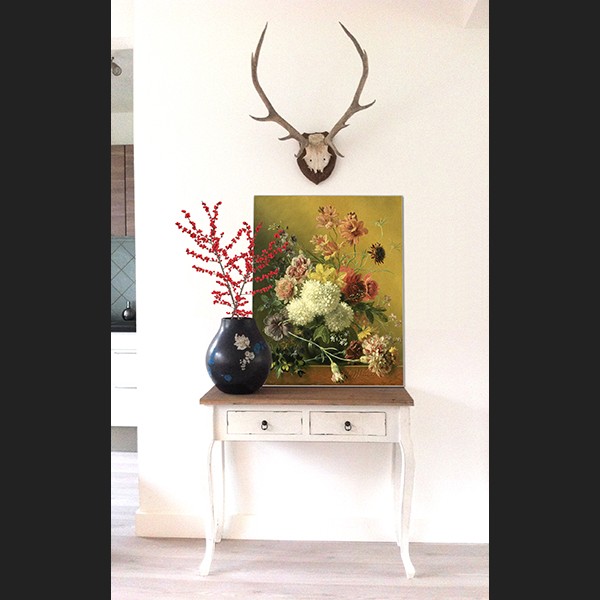 The life of Georgius van Os

The work of Georgius van Os

Georgius is best known for his flower paintings, like his father, but he also had a mastery of landscape painting. In the book by Jan Kops called 'Flora Batava', Georgius provided the elaborate illustrations, which taught him to paint in even more detail.

In 1809 Georgius van Os received the first prize of the Felix Meritis society in Amsterdam and in 1812 he received a gold medal at the Salon de Paris. Until 1816 Georgius stayed in Paris and then in Amsterdam. In 1822, Georgius settled permanently in Paris and started working at a porcelain factory in Sèvres. Georgius also works there together with Sauvage. In the summers, Georgius usually stayed in Haarlem. When Georgius exhibits in The Hague in 1843, the queen buys three flower paintings from him. In those days, Georgius already received considerable sums for his works of art.

Georgius was a member of the Academy of Visual Arts in Amsterdam and a Knight of the Leopold Order and of the Dutch Lion. Georgius died on 24 July 1861 in Paris.

A masterpiece by Georgius van Os on your wall?

Do you want one of Van Os' masterpieces on your wall? View his paintings and choose your favourite in the desired size.